The General Atomics factory is a location in the South Boston neighborhood of Boston in 2287.

As civil unrest heightened across the country, General Atomics moved their focus away from this factory, which specialized in creating Miss Nanny units for child care. A General Atomics nuclear reactor powers the facility to the current day. While the production equipment has since degraded without regular repairs, the Quality Assurance department still remains functional.[Non-canon 1] Waste runoff from the facility contaminated the nearby waterways, contributing to the closing of the nearby Four Leaf fishpacking plant that would have happened between late 2077 and early 2078.[Non-canon 2]

Back in the lobby, a stairway outside the bathrooms leads to the western section of the second floor, which contains a couple of offices as well as an Expert-locked door to Mr. Kincaid's office. The busted back wall of Kincaid's office opens to a broken balcony overlooking the western manufacturing section, allowing one to jump to a door that leads to the eastern manufacturing section.

A staircase in the back of the eastern first-floor manufacturing section leads up to the second and third floors. There are also several radioactive barrels in the southeast corner (radiation peaks at 35 rads per second). The barrels rest beside a door to the factory's Quality Assurance department; this department houses three rooms that simulate a number of domestic situations Ms. Nanny bots must responsibly complete.

The eastern section of the second floor has an Advanced-locked room in the northeast corner containing a Novice-locked safe. To the south is a room partitioned behind locked security doors which contains several turrets and a leveled Mr. Gutsy, as well as an armor workbench and a steamer trunk.

The third floor houses nothing of note in either the western or eastern sections, besides an Expert-locked terminal in the southeast (see "Bugs" below).

When at this location, companions make comments, which are activated at the Quality Assurance test chamber:

The General Atomics factory appears in Fallout 4, and is expanded on in the add-on Automatron.

Room in the Quality Assurance department 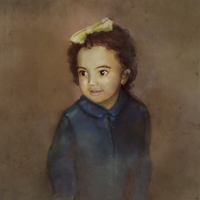