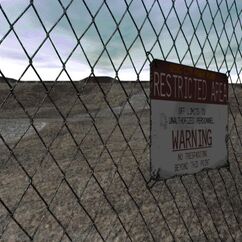 Optimize the powerplant
Get super repair kit for Skeeter
Get 3-step plasma transformer for Skeeter
Find Woody the ghoul for Percy. Try the Den
Scout the eight sectors around Gecko and return to Stark

Play sound
Industrial_Junk.ogg
“There's a town... if you could call it that... to the northeast of our city. It is filled with... creatures that are polluting the groundwater with dangerous radiation.”— Joanne Lynette

Gecko is a ghoul town northeast of Vault City, founded in 2236. Its economy is based on the operation of the old, half-functional Poseidon Energy Atomic Powerplant № 5 and subsistence agriculture established among the remnants of the company town surrounding it.

By 2241, Harold is the de facto mayor of Gecko, assisted by Lenny, also the town's doctor, and Festus in charge of the power plant.

Gecko can be found twenty-two squares east and two squares south of Arroyo.

Before the Great War, Poseidon Oil Reactor № 5 was a Poseidon Oil facility built next to Gecko City. When the attack on the United States struck, the engineers in charge shut down the plant and quickly abandoned it. The plant managed to avoid destruction and even maintained its connection to the PoseidoNet network. For decades it would remain empty as prospectors and scavengers avoided it, fearing the radiation.

Ghouls commonly found themselves unwelcome in human habitations. The abandoned power plant, however, presented a good opportunity for the wandering ghouls that came across it. They found comfort in the close proximity of the atomic power plant, and some even chose to live inside the reactor building to be closer to the warming fire of the atom.[1] This would also keep humans, especially those with less-than-friendly intentions, at a distance.[1] At first, a small number of ghouls settled near the reactor, but around 2235 the population swelled and the town of Gecko was formally founded. The new influx of ghouls brought both scavenged technology and know-how, and through a community effort, the power plant in Gecko became operational later that year, although it was grossly mismanaged due to a lack of education amongst the ghouls. Meanwhile, Vault City would look upon their new neighbors with growing concern as many citizens harbored prejudice towards ghouls.[2][3] In 2238, Harold arrived in the town. Noticing the careless way the power plant was managed, he decided to do his best to help the ghouls with the plant's operation, becoming the de facto mayor and leader of the local community.[3] They also began trade relations with Broken Hills, importing uranium ore to run the plant.[4]

Some local ghouls became members of the Renewal cult – whose goal was "to renew" themselves, or become human again. They were headed by "the Brain", a sentient mole rat who had escaped from the West Tek Research Facility, and had taken up residence in an underground cave adjacent to the reactor. His ultimate goal was to eventually take over the world.[5][6][7]

Since the atomic reactor did not operate properly, waste from the power plant started leaking into the local groundwater around 2239[8] and it eventually led to serious contamination of the whole reservoir.[9] Harold learned that a hydroelectric magnetosphere regulator was needed for the repair job, but no such part could be found in Gecko. Attempts were made to contact Vault City but the messengers were shot on sight by the Vault City guard.[10] The situation became worse when Vault City residents started to believe that the ghouls had deliberately poisoned the groundwater accusing them of terrorism against Vault City and demanding that they should be punished.[9] The First Citizen of Vault City, Joanne Lynette, even tried to hire someone who was willing to help to stop the Gecko problem by any means necessary.[11][12] And eventually, she found someone for the job, the tribal known as the Chosen One. The Chosen One agreed to help with the problem in exchange for citizenship of Vault City and access to the Vault 8 central computer as he needed its information in his quest for the GECK.[13]

Enter the Chosen One

As the Chosen One arrived in Gecko, he decided to investigate the problem by questioning the ghouls. Learning from Harold and Festus that simple repair job was all that was needed, he decided to ignore Lynette's preferred solution of shutting down the plant, and on behalf of the ghouls, he contacted Councillor McClure of the Vault City Council, one of the only people not blinded by prejudices against the ghouls, who agreed to donate the part. With the plant repaired, Festus found out that the right data from Vault 8's mainframe could optimize the plant to produce an even bigger output of electricity. However, despite the problem with the groundwater being solved, Vault City's general attitude towards Gecko had not improved, and their own reactor was failing to support their growing settlement. If they at some point in the future decided to take the power plant for themselves, the ghouls would be crushed under their military might.

It was here Brain and the Renewal Cult stepped forward with the key to collaboration. Considering peace between Vault City and Gecko instrumental to his plans of world domination, he had his cultist Gordon handed the Chosen One a holodisk on which the majority of the information highlighted the advantages of an alliance between Vault City and Gecko.[14] Relying on information gleaned from an insider source, Gordon found out about Vault City's power problem and its no secret Gecko has maintenance issues, so the plan was to present this to someone in Vault City that could broker the perfect deal between the two struggling settlements.[15] The Chosen One presented the disk to Councillor McClure, who immediately saw its potential. He gave the Chosen One permission to get the necessary information from the mainframe, while he would show the disk to the Vault City Council.[16]

That became the first step in forging a spirit of cooperation between Gecko and Vault City. Gecko's increased power production became instrumental in helping Vault City's expansion, while Vault City in the gratitude provided a permanent medicine supply for ghouls. The harsh xenophobia of many of Vault City's leaders faded into obscurity while ghoul and human labored side-by-side to create a center of learning and tolerance where once had stood only enmity and distrust.[13]

At some point after 2241, Harold, probably feeling that his role in the day-to-day operation of the plant was becoming superfluous with the technically savvy vault citizens around, decided to take up wandering again and left Gecko, heading east.[17] Gecko's further fate is unclear but given their relationship with Vault City, it can be assumed that the town joined the New California Republic along with them.[18]

The town has scarce trade relations. Prior to the Chosen One, Vault City refused to acknowledge the ghouls that occupied Gecko and would open-fire at any envoys on sight.[10] Their most important partner is Broken Hills, which supplies them with uranium ore.[19] Gecko preferred to keep their relationship with Broken Hills secret from Vault City in fear of them cutting off their uranium supply.[4]

After the Chosen One brokered a peace deal between the opposing towns, the towns prospered under NCR influence with power problems becoming a thing of the past as power from Hoover Dam would relax consumption on the both their reactors.

It is unknown how the abandonment of Broken Hills after the uranium mine ran dry immediately affected Gecko and Vault City as both relied upon the uranium ore provided by the mining town.

The Harp is a bar tended by Wooz. It serves the usual drinks of Gecko, specialized for ghouls' unique resistance to radiation: Gamma Gulp beer and Roentgen rum. Wooz is a rather eccentric ghoul: he tells strange stories of severed heads in hell and is obsessed with playing Tragic: the Garnering, although he isn't as good at it as he thinks.

The Manager's Office is the seat from which Harold tries to keep Gecko together. It supplies part requisition forms and oversees reports concerning the power plant.

The junkyard is where Gecko's unfinished second reactor lies, rusty and decaying for the past one hundred and sixty years. The Survival Gear Locker is a general store of Gecko. Percival Crump, a.k.a. Percy owns this store. He offers a decent selection of rad-resistance drugs, weapons, and ammunition. His friend, Woody has recently gone missing.

Inhabiting the Poseidon Machine Shop is Skeeter, who is a “ghoul gadgeteer” who serves as a sort of mechanic for Gecko. He can perform weapon upgrades and, more importantly, has a fuel cell controller. However, he is considered unreliable by the ghouls who administer Gecko's supply locker/storage room, since he once caused a fire, and as such he is typically denied part requisition forms. He is assisted by "Lumpy" John, a human refugee from Vault City who has no visible mutations like the ghouls, but is considered unacceptably mutated by the Citizens in Vault City because of his unusual resistance to radiation. Lumpy also helps guard Gecko's brahmin. Gordon is a ghoul who believes that if everyone would follow their own self-interest, everyone would be better off. He proudly believes that greed is good, and wants to optimize Gecko's power plant and establish trade with Vault City based on their mutual self-interests. He is also a member of the renewal cult.

There are access tunnels under the junkyard, the underground part of the unfinished reactor and Brain's residence.

The nuclear power plant is the heart of Gecko's economy. The plant's supply cabinet and storage room are administered by Jeremy, the plant overall is managed by Festus, and the reactor control room is watched by Hank.

Much of the installation is damaged beyond repair - the rooms are littered with destroyed terminals and damaged furniture, the control room doesn't have any gauges or monitors functioning and even the maintenance robot cannot run properly for longer periods of time. And then there's the groundwater contamination problem which affects Vault City and its inhabitants.

Gecko appears only in Fallout 2, and is mentioned only in the cancelled Fallout 3 project Van Buren.[20]

Retrieved from "https://fallout.fandom.com/wiki/Gecko_(town)?oldid=3470613"
Community content is available under CC-BY-SA unless otherwise noted.