The German-designed PPK12 Gauss pistol is a handheld alternative to the Gauss rifle. When fully charged, 2mm EC rounds are accelerated along the electromagnetic rail with enough force to maintain staggering stopping power against long distance targets. In the hands of a competent shooter, it is capable of piercing all but the most resilient armors.[1][Non-canon 1]

An unnamed Gauss pistol which was planned to appear in the cancelled Van Buren.[Non-canon 2] 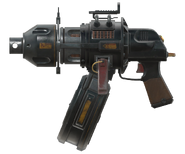 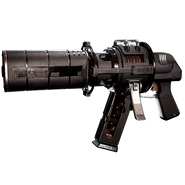 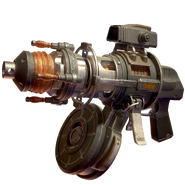 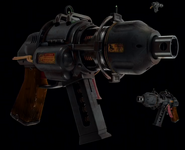