Gain entry to the Nursery 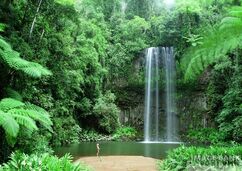 Gain entry to the Nursery was a quest that was going to appear in Van Buren, the canceled Fallout 3 by Black Isle Studios.

Find the spillway and discover the best way to bypass it and enter the Nursery proper.

To gain entry to the Nursery the player must get by the locked security door in the spillway. This can be accomplished several ways (regardless of the method used, the door will be repaired within an hour of its use):

Once opened, the door reveals a long hallway that slopes upwards and rises through several switchbacks. This hallway is patrolled by more security robots; however, their weaponry is of the deadly variety. At the opposite end of the corridor is another secure door. It can be opened using the same methods as the previous door (regardless of the method used, these doors will be repaired within an hour of their use).

The robot workers in the filtration plant pose a small threat to the player. Anyone attempting to tamper with any equipment will be asked to stop. Failure to do so will result in the workers trying to gently remove the player. If combat ensues, the supervisor will order the workers to retreat and initiate a lockdown of the plant. The workers will then flee to recharged stations located throughout the area and seal themselves in. At this point the supervisor will try to deal with the player diplomatically. If this fails, he will call upon security robots to deal with the player.

The robot supervisor can be spoken to and possibly reasoned with. The following can be revealed to the player:

Finally, the cave that houses the spillway can be a small combat area. Wasteland animals could use the area as a lair because of the abundant water supply and organic matter that can be used as food.

Retrieved from "https://fallout.fandom.com/wiki/Gain_entry_to_the_Nursery?oldid=2151263"
Community content is available under CC-BY-SA unless otherwise noted.