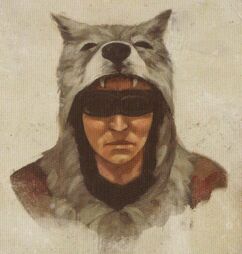 Cold, Cold Heart
The Finger of Suspicion
I Put a Spell on You
Keep Your Eyes on the Prize
Render Unto Caesar
Birds of a Feather
Caesar's Favor
Caesar's Hire
Oh My Papa
Arizona Killer

“Give me cause, Profligate.”

Frumentarii (singular Frumentarius), are spies of Caesar's Legion operating in the Mojave Wasteland in 2281.

The eyes and ears of Caesar, his intelligence officers are tasked not only with infiltrating enemy society, but also carry out his campaigns of terror. They operate separately from the main Legion forces and are hand picked by Caesar himself. In 2281, their commander is Vulpes Inculta.

Frumentarius is a Latin adjective meaning "of or pertaining to grains" or "a grain merchant". This is because of their position in ancient Rome as food gatherers. They are modeled on the frumentarii of the ancient Roman army, who began as food supply officers and soon adapted to be used as spies and special agents in the time of the emperors.

Retrieved from "https://fallout.fandom.com/wiki/Frumentarii?oldid=3342302"
Community content is available under CC-BY-SA unless otherwise noted.