The Four States Commonwealth was one of the thirteen commonwealths of the pre-War United States of America.

In 2247, the former state of Arizona served as the birthplace of Caesar's Legion, a ruthless organization that quickly rose to dominate the majority of the Four States region.

In 2062, many Mormon congregations came together to purchase places in Vault 70, a Vault-Tec vault in Salt Lake City. Vault 70 opened in 2190 and its residents used their three G.E.C.K.s to found the city of New Jerusalem in the ruins of Salt Lake City.

Most of the cities in Utah were destroyed in the Great War in 2077 and most of the state's current inhabitants are tribals, including the powerful Hecate of Ouroboros. Burnham Springs, with its horrible mutants, is also located within the former borders of Utah.

New Jerusalem's prophet and apostles repeatedly voted to remain isolated from outsiders, failed communities, refugees, and tribals. In 2233, a number of angry tribals, raiders, and disassociated attackers ganged up on New Jerusalem, sacking it and killing most of the inhabitants in the process.

The new living prophet, Judah Black, led most of the remnants of the Mormon community north to Ogden, Utah, where they established the settlement of New Canaan.

Caesar claims to control much of the lands of Utah, an assertion supported by Dead Sea and Vulpes Inculta, both of whom are from there.[2] However, raiders, bandits, hostile tribes and local warlords are still present in the area,[2][3][4][5][6] which is unusual for Legion territory.[7] These groups have managed to remain completely free of any and all Legion influence, despite their proximity to Legion strongholds in Arizona.

As told by Randall Clark, at the start of the war Salt Lake City suffered thirteen direct nuclear strikes.[8] Clark survived by taking refuge in Zion National Park. He eventually returned to find the city "mostly craters and warped steel girders where the buildings were."

Over time, the settlement of New Canaan grew to prominence, gaining a reputation as an honest place to trade, with multiple caravan companies based out of New California eager to secure trading routes with them. The Mormons of New Canaan built extensive relations with the neighboring tribes, though these relations didn't always end favorably. Missionary work was still done, with missionaries sent across the southwest; one such missionary, Joshua Graham, would go on to become the right-hand-man of Caesar himself.

However, blame for the Legion's loss at the First Battle of Hoover Dam was placed solely on the Malpais Legate, Joshua Graham, and so he was set on fire, and thrown into the Grand Canyon. Despite this, Graham survived, becoming the mythic figure known as the Burned Man.

Graham returned to New Canaan and was surprised to find his former home forgave him for all he had done under the Legion. Caesar, however, grew paranoid of Joshua Graham, and so used the White Legs tribe to sack New Canaan, scattering the Mormons to the winds in pursuit of him.

At some point before Fallout: New Vegas, the Courier visited Utah. The area is mostly inhabited by raiders, degenerate tribes, and regional warlords, while the northern reaches are controlled by fierce raiders like the 80s that straddle the line between tribe and gang.[2]

The Grand Staircase, another pre-War national park, also remains free, and is considered by Daniel as a possible evacuation site for the Sorrows, should Zion fall to the White Legs. Dead Horse Point also remains independent, thanks to the intervention of Joshua Graham by leading the Dead Horses away from the Legion.

In 2057, the Grand Canyon lost it's national park status and was closed to the public. Following the discovery of uranium, the Canyon was given to private companies for mining, owing to the growing global energy crisis. The resulting exploitation created an environmental disaster, and following the war is seen as completely inhospitable, home to dangerous cannibalistic mutants.

After the war, Arizona was largely fragmented, each town fighting others just to survive. Raul Tejada recalls that it was so bad, you couldn't trade with a town two miles down the road without getting attacked.[9]

This changed with the arrival of Caesar's Legion, formed near the Grand Canyon by two Followers of the Apocalypse and a Mormon missionary. Edward Sallow, one of the Followers, used his knowledge tactics, warfare, and history to lead the Blackfoot tribe to victory over their enemies. Between 2246 and 2271, the Legion grew rapidly, conquering nearly all of Arizona and establishing their capital in the ruins of Flagstaff. One settlement, the former city of Tucson, was rechristened Two Sun in the post-apocalypse and was conquered by Caesar's Legion.

The Desert Rangers used to operate in Arizona but were pushed out of the former state by Caesar's Legion, and into Nevada. There they would agree to be incorporated into the NCR with the signing of the Ranger Unification Treaty in 2271.

A prominent tribe in Arizona was the Twisted Hairs. In the early days of the Legion's formation, they were an ally, and many of its members were used as scouts. However, the Legion would eventually turn on them, conquering their territory and forcefully assimilating them.

The Sierra Madre is a casino and resort built by businessman Frederick Sinclair somewhere close to the Grand Canyon. Secretly, the Sierra Madre was created as a form of open fallout shelter that Sinclair had built for Vera Keyes, the woman whom he loved. Sinclair built the casino in the event that if nuclear war broke out, the casino would act as both a shelter and fortress, as it was isolated, completely self-reliant, and built with the most advanced technologies due to Sinclair's connections to the Big MT research facility. However, Big MT used the Sierra Madre as a testing ground for their darker experiments, including the Cloud - a toxic atmospheric agent that would spread through the ventilation of the resort, blanketing the region.

A short time after the bombs came, the area was engulfed by the Cloud, rendering the Sierra Madre a ghost city, inhabited only by holograms, and the ghost people, mutated human workers trapped in hazmat gear. The Sierra Madre would remain a popular myth amongst prospectors looking for fortune - with tales told of a perfectly intact city with stores of gold waiting to be uncovered.

The extremist ghoul settlement known as the Reservation, built on the former site of the Los Alamos National Laboratory, is located in New Mexico. Though surrounded by radiation from the war, the settlement is open for trade. Secretly the Reservation bides its time to strike at the wastes in the name of Ghoul Supremacy, efforts toward this goal include the restoration of a nuclear artillery cannon and research into the creation of 'Born Ghouls'.

Caesar claims that all of New Mexico belongs to him and this is supported by several of the slaves, such as Siri, who tells the Courier that the Legion overran her town in 2278.[10] Since falling under the auspices of Caesar, merchants prefer to stick to the trade routes between New Mexico and Arizona as the trade routes are much safer and raider free because of Legion presence.[11]

In 2197 the supercomputer known as the Calculator was located in Vault 0, based out of Cheyenne Mountain. It would go on to create an army of robots, waging war against the Midwestern Brotherhood, one it would eventually lose.

Before the war Denver was a major industrial center, supporting the nearby major scientific center in Boulder. However, it suffered from a poison gas cloud over the city originating from the nearby Rocky Mountain Arsenal. When the Sino-American War began, food rationing was imposed upon the region. In addition, an unemployment crisis hit due to a lack of resources. The situation came to a head when food imports from Mexico and the Great Midwest Commonwealth stopped, and food riots consumed the city. The National Guard was called in to brutally quell the unrest. An outbreak of New Plague worsened the situation, with rioters setting large portions of the city on fire. By the time the bombs fell, Denver was already in complete chaos.

The city of Colorado Springs was the site of a major breakout of the New Plague. Numerous robot production factories were concentrated around the city.

In 2253 Colorado was home to a variety of factions - the Hangdog tribe controlled the outskirts of Denver, venerating the dogs that infested the ruins. The Twin Mothers tribe, under the rule of the 'goddess' Diana Stone. The Cyphers, descendants of pre-War scientists who tried to save records of important technology, became a largely nomadic tribe based around Mesa Verde. The Iron Lines tribe was based out of Circle Junction and controlled large stretches of railroad. In addition to these tribes, a faction of scientists operated out of the Boulder Dome. The Brotherhood of Steel would claim an abandoned bunker in southern Colorado.

Caesar's Legion is encountered in Denver, traveling to the east in the direction of Kansas, where their new headquarters is located. The Legion appears there once a year. Every few weeks a pair of scouts are sent east if the radioactive dust storms have subsided for the season. Anton, the leader of the non-NCR salvagers in Denver, is from the Midwest and fled to Denver to escape Caesar's Legion.

By 2281, the Legion controls the southwestern portion of Colorado, having conquered the Hangdogs tribe and the city of Denver, now known as Dog City from which they would capture many of its dogs. According to Legate Lanius, the conquest of Denver was a Pyrrhic victory, owing to the harsh climate, overtaxed supply lines, and a lack of tribal stock to replenish their slave population. The brutal and costly campaign left a strong impression on Lanius and served to slow the Legion's expansion, at least for a time. Joshua Graham states that he has never heard of Legate Lanius, which suggests that either he was simply unaware of him or that the Legion conquered Denver between 2278 and 2281.

Paladin Leila Rahmani led the First Expeditionary Force across the country, from Lost Hills to Appalachia, with goals of re-establishing contact with the lost chapter of the Brotherhood. A message records the loss of contact with the group after they crossed the Rocky Mountains.[12]

The former Four States Commonwealth appear in Fallout Tactics, Fallout: New Vegas and its add-ons Honest Hearts and Lonesome Road, Van Buren, Fallout Pen and Paper d20 and the Fallout 76 updates Wastelanders and One Wasteland For All. 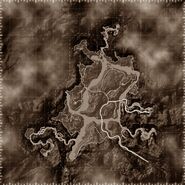 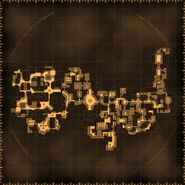 Map of the Sierra Madre
Add a photo to this gallery

Retrieved from "https://fallout.fandom.com/wiki/Four_States_Commonwealth?oldid=3419547"
Community content is available under CC-BY-SA unless otherwise noted.