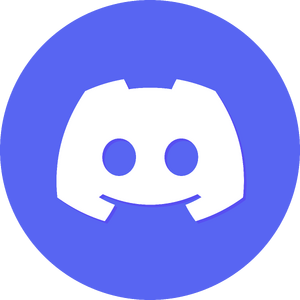 While this hasn't ever been a prevalent issue, from time to time we will encounter users who will delete their own messages in bad faith, usually in order to remove context, forcing the moderation team to comb through our message logs in order to understand incidents fully (and this is assuming that they're even aware that messages were deleted and that the logs need to be gone through).

After a recent conflict in which one of our users ended up being kicked and ultimately banned due to message tampering, a temporary order was put into place, insisting against deleting messages entirely; this forum is to formalize and clean up that rule so as to better understand the spirit of it going forward. For further clarification, should the community decide against this rule clarification, both here and in the upcoming vote, the administrative decree that's currently in effect on our Discord will be nullified and removed. 寧靜

Functionally, that message is deleted and the context is every bit as destroyed. The Dyre Wolf (talk) 04:20, 27 January 2021 (UTC)

Dyre is right, we should word it so that it reflects this point. As in, "removes the original content in its entirety, en masse, by way of editing or deleting." Something along those lines. It would be less egregious in that we could still see there was a back and forth (to avoid the one sided conversation ploy) but as Dyre said, functionally identical. --kdarrow

To no small degree, you have highlighted the core issue and restated it as the exact problem being addressed, rather than offering a defense for it: "the ability to delete your own old messages and hope that the chatlogs don't catch it is your last stand against someone who may use that info or that opinion against you." This exactly the attitude that results in rules like this having to be codified. Any instance where information may be used against you is strong enough to necessitate it being called a "last stand" as more than hyperbole, is if that "someone" you are concerned with is a staff member or offended person who may report you to a staff member. What you are describing is a fear of accountability and consequences. If it is personal info you did not mean to release, there are already provisions written above which allow you to delete that information. No one wants anyone to accidently dox themselves. But if you have an opinion that will be used against you, an opinion you were confident enough in to share, and your immediate concern is how that opinion is going to get you into trouble if it is caught by someone scanning the chat log? Tough. Man up and either stand by what you said when you thought no one was looking, or take responsibility for saying something wrong, whether you knew it at the time or only upon reflection. But one of the most important features of the rule is to help prevent users from making and deleting inflammatory statements, hoping it can be done to skirt rules. The only time I can remember where you have had any serious (as series as wiki drama can be, anyway) repercussions for saying something, where the information was used against you, was when you made inappropriate remarks in the security desk, which ultimately resulted in a vote of no confidence being initiated and your resignation as a staff member. Everyone makes typos and everyone says something silly, but if you want sympathy or free reign to make cutting remarks and incite bullshit, where deleting messages is your saving grace, then you need to look elsewhere. The Dyre Wolf (talk) 10:17, 27 January 2021 (UTC)

What I'm arguing here: I don't want to see the "problem" addressed any more than it already is. Few things in this world anger me more than the "accountability culture" that has seemingly sprung up everywhere on the internet in the last five years or so. Not everything that needs to be said here is civil, and it's annoying when it seems like every route to say what needs to be said is blocked by a wall of "accountability." In real life, it's easy to get something off your chest - you just say something, and as long as no one records it, it can stay between you and the three or four other people you're chatting with then and there. Not dug up by a moderator after the fact. On the NP discord the only viable way to do the same thing, is to send messages and then nuke 'em when the conversation is over. And yes, this is a rant in and of itself, exactly in the same fashion. No I'm not making any sense. |\| () |\/| /\ |) | Talk | Discord | NMC 16:56, 27 January 2021 (UTC)

Truth be told, I find myself agreeing with this anon. Part of the reason I left the Discord is because admins/moderators both seem largely unaware of the tools at their disposal (there is a moderation log, that includes deleted messages), and have no responsibility for themselves. Admins/mods should not be talking about accountability without first enforcing it on themselves. Even then, this seems like a kneejerk reaction to one problem user and more indicative of a lack of competency regarding the Discord server as a whole, hence why the server is such a shitheap. AllYourFavorites (talk) 16:21, 29 January 2021 (UTC)