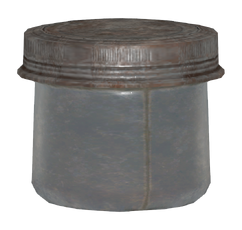 Flux is a type of crafting component or consumable in Fallout 76.

Flux is harvested from mutated flora that briefly emerge in a blast zone.[1] Before the Great War, flux was researched and subsequently named by the Enclave in Appalachia, who discovered that missile detonations fundamentally change the nature of a plant's tissue.[2]

Although the effect of radiation on flora had been previously considered wholly negative, the resulting products harvested can be used in a variety of ways.[2][1]

Before it can be used in crafting, the raw flux must be stabilized at a chemistry station by combining it with a glowing mass, hardened mass and high-radiation fluids which can be found on the bodies of creatures in the blast zone.

There are five types of flux, each of which emerges from a different kind of plant and requires stabilizing with chemical components for long-term storage and use. Raw flux will deteriorate over time in the player character's inventory, eventually turning into inert flux. Once flux becomes inert, it cannot be stabilized or using in crafting but remains a consumable item. 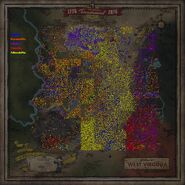 All fluxes by color 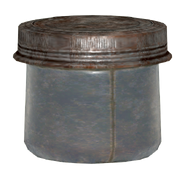 Raw and inert flux
Add a photo to this gallery

Retrieved from "https://fallout.fandom.com/wiki/Flux?oldid=3524640"
Community content is available under CC-BY-SA unless otherwise noted.