The flamer is a heavy gun in Fallout 76.

The flamer is a short range heavy weapon that deals sustained fire damage in a cone in front of it. It immolates targets on critical kills. 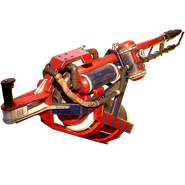 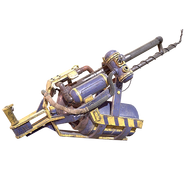 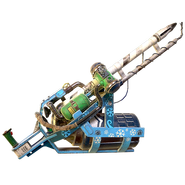