A fishing boat is a world object in Fallout 76.

Boats that are designed for fishing with large nets. After the Great War, these boats are commonly found in waterways. In Appalachia, several variants exist, including red, black, and red styles. One additional variant, white in color, is also found in the region. An example of this variant being transported but split in half can be seen near State Route 81.

Several miniature models of the fishing boat can be found displayed throughout the region. 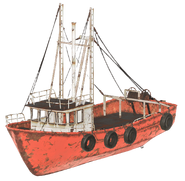 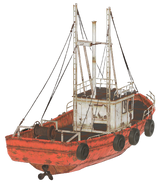 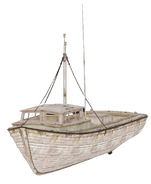