The battalion is comprised of individuals who were recruited after demonstrating proficiency at the firing range.[3] Boone mentions that he agreed to join due to the slightly higher pay offered to members of the group.[3] Their slogan is "the last thing you never see" and are known for their accuracy.[4]

During the First Battle of Hoover Dam in 2277, 1st Recon assisted the NCR Rangers in sharpshooting veteran Legion officers from a high ridge, west of the dam.[5][6] In response, the Malpais Legate ordered the veteran troops to push forward to rush the ridge, leading them into a trap laid in Boulder City.[7] Previous to the battle for the dam, Chief Hanlon shares that there were five kill reports on the legate from rangers and 1st Recon sharpshooters.[8]

The battalion was involved in an incident known as the Bitter Springs Massacre.[9][10] The sharpshooters were ordered to hold a position on Coyote Tail Ridge, overlooking the Red Pass near the Great Khan encampment at Bitter Springs.[11] A subsequent miscommunication between command and the group resulted in the deaths of several Great Khan civilians.[12]

First Recon snipers are organized into pairs including a spotter and a shooter.[13] Duties of the group include carrying out mercy killings of NCR soldiers who are tortured within sight of NCR positions, as a last resort.[14][15] The group members carry bolt-action rifles with the exception of Corporal Sterling who is allowed to use a lever-action rifle they customized named La Longue Carabine.[16]

They wear various types of armor including assault and survival variants and some members wear distinctive red 1st Recon berets. The berets have a patch featuring a bear skull, crossed rifles, and their slogan underneath.[17] They purchase sniper rifles from the Gun Runners, a supplier of which refers to the group as a "top-notch unit."[18]

The 1st Recon Alpha Team has been stationed at Camp McCarran for six months, fighting against the Fiends who have committed acts of violence in the surrounding area.[19][20] Led by Gorobets, the current members include 10 of Spades, Betsy who work as a pair.[19][21] Another pair consisting of Sterling, and Bitter-Root are also part of the Alpha Team.[22][23] Two former members of 1st Recon, Craig Boone and Manny Vargas, live in Novac.

After arriving at Camp Forlorn Hope, the members of 1st Recon still comment as if they still battling Fiends.[verified] 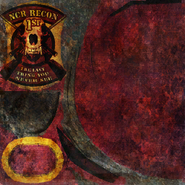