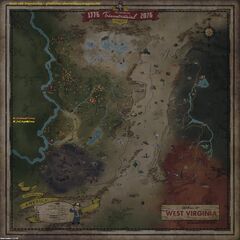 Firecap is a consumable item in Fallout 76.

The firecap is a large mutated mushroom resembling a toadstool. It can be consumed raw to satisfy a small amount of hunger with a medium dose of radiation and chance for disease or can be cooked for additional benefits.

When affected by a blast zone, it mutates into blast cap which yields raw crimson flux when harvested.

Firecap growing near the bus in front of Slocum's Joe

A firecap growing along with wild rhododendron flowers

Firecaps at the monorail elevator

A blast cap after a nuclear event 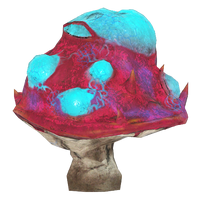