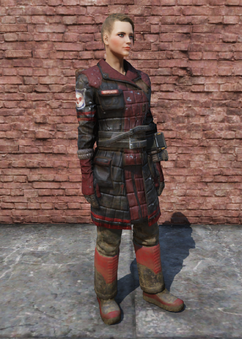 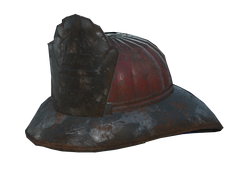 The uniform consists of a dark red pre-War Charleston Fire Department uniform, with a Responders emblem attached to the right sleeve. The helmet is a full face respirator worn beneath a traditional fireman's helmet. The helmet also serves as a gas mask, protecting the wearer from diseases while it is worn.

The player character receives this and a Fire Breather helmet during the quest Into the Fire.

Previously, gas masks when worn, caused the player to lose -2 Perception. This effect was removed with patch 1.2.7.2.