Find a replacement pipe for the power plant 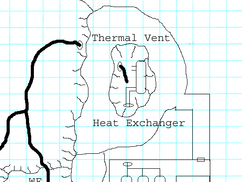 Find a replacement pipe for the power plant was going to be a quest in Van Buren, the canceled Fallout 3 by Black Isle Studios. It is located in the Nursery Power Plant.

The pipe that carries river water to the heat exchanger in the power plant has broken. The water now flows freely into the thermal vent and is converted to steam.

Retrieved from "https://fallout.fandom.com/wiki/Find_a_replacement_pipe_for_the_power_plant?oldid=3476620"
Community content is available under CC-BY-SA unless otherwise noted.