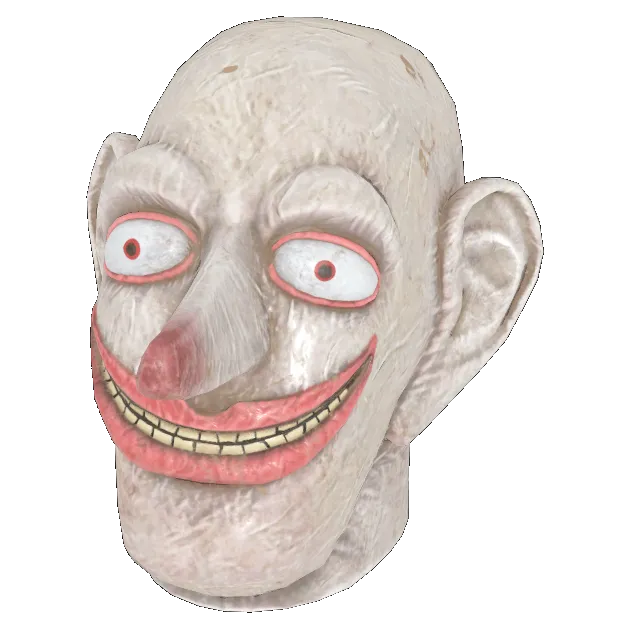 The Fasnacht Man mask is a piece of headwear in Fallout 76 and its add-on Wild Appalachia.

It is a mask of a cartoon-like grotesque looking, humorous man. It has gray hairless skin, a long nose with a reddish tip, abnormally big eyes with small pupils, a wide smiling mouth with red lips, long nose, and large ears.

Main article: Fasnacht Day
These are the available Fasnacht masks and hats:

Fasnacht is from the German word "Fastnacht," which is translated to "fast night," referring to the last night before holding a fast. It can be also translated to "Faschings Nacht" where "Fasching" is a regional carnival in German speaking countries such as Switzerland, which has a national personification named Helvetia.

Location at Fort Defiance
Add an image to this gallery
Retrieved from "https://fallout.fandom.com/wiki/Fasnacht_Man_mask?oldid=3046045"
Community content is available under CC-BY-SA unless otherwise noted.