Fancy Lads Snack Cakes is a consumable item in Fallout 4.

Fancy Lads Snack Cakes are a pre-War food item commonly found across the Commonwealth and other regions. The front and back of the box have a colorful pastel label and the sides are plain pink.

Consuming a pack restores 10 Hit Points and adds 4 rads to the Sole Survivor's radiation level. Consuming the pre-War variant, which can be found in rare quantities in the environment or crafted in the food processor heals 25 Hit Points without any rad penalty, except when playing in Survival mode.

Four instances of the pre-War version can be found: 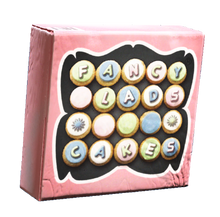 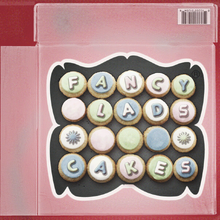