Seasons, 76 seasons or Scoreboard, refers to a battle pass mechanic which provides themed rewards for completing Daily and Weekly challenges in Fallout 76.

Every time a new Rank is reached, a new claimable reward is unlocked, like a unique outfit, an item for the player character's C.A.M.P., a weapon skin or power armor paint, consumables, perk card packs, Atoms, and in-game currencies, like legendary scrip, caps, or gold bullion. Each reward is redeemed by clicking on the board spaces. Most rewards are account-wide: Every character will receive outfits, weapon skins, C.A.M.P. items, etc.; currencies and consumables are the exception and are added to the currently selected character's inventory (last played character by default unless changed before logging in to a server).

Rewards vary in quality. Certain milestones, such as ranks 25, 50, and 76, have special rewards. At rank 100, there is always an "End of Season" bundle, featuring a large collection of season-related rewards. For a list of rewards acquired during each season, see seasons.

The Scoreboards, or S.C.O.R.E. Boards, are essentially a uniquely-themed seasonal progression screen. The player's piece is placed at the first space on the board, at rank one out of a total of 100 ranks. Completion of in-game activities accumulates S.C.O.R.E. points, which help advance through the positions and "rank up."

Players joining late in the season have the option to spend 150 Atoms to immediately unlock the next rank and claim its reward (with the exception of The Legendary Run, where the option was locked during the first two weeks, players can do this as soon as the season becomes active). Later, around season 8, "A Better Life Underground", the ability to rank up multiple times all at once became possible, where a player could select the rank they want to go straight up to, and if they had enough Atoms to get there, they would unlock every single rank up to that point in one swoop.

For helpful tips on how to do seasonal scoreboards, click here. 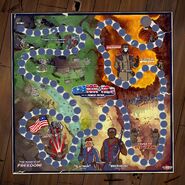 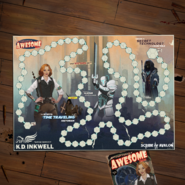 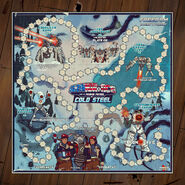 Season 4: Armor Ace and the Power Patrol in Cold Steel 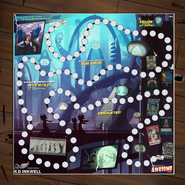 Season 5: Escape from the 42nd Century 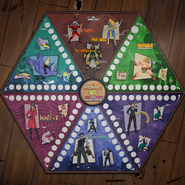 Season 6: The Unstoppables vs The Diabolicals 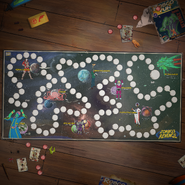 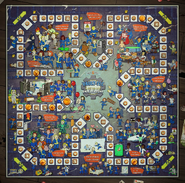 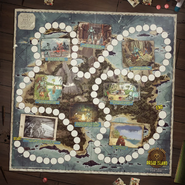 Armor Ace and the Power Patrol in Cold Steel

Armor Ace and the Power Patrol in Cold Steel

Escape from the 42nd Century

Escape from the 42nd Century

The Unstoppables vs The Diabolicals

The Unstoppables vs The Diabolicals