In Fallout 4, the Sole Survivor can build and manage their own settlements at various sites around the Commonwealth. The workshop interface is used to place and connect pre-fabricated structures as well as individual pieces (walls, floors, roofs, etc.) letting the player character construct their own home base(s) as they desire.

Once built, these settlements can be customized extensively. Inside buildings and structures, furniture, decorations, and lights can be placed for aesthetic purposes; outside these structures, the player character can plant crops, create water and power supplies, and tend to the defensive needs of their new settlement. To accumulate resources for their settlements, the player character can scrap most interactive inventory items.

Once a settlement reaches a certain size and/or the player character obtains necessary perks, they can invite others to set up shop at their base by building unique resources such as the trading post, which adds a vendor NPC stocking in-game items. With the required perk, it is also possible to establish supply lines between settlements to share resources and inventory among them.

Settlements require constant maintenance with NPCs tending to more basic functions such as crop harvesting. However, without this, crops will fail and equipment will need repair over time. The player character will have to use the workshop and have the required junk to complete the repairs. Walking up to a damaged or failed item while in workshop mode, the player character will be offered a selection to scrap/repair the observed item.

Most of these sites can be obtained during the Minutemen quests; however, others will require visiting them and completing location-specific quests.

There are 37 unlockable settlements total with 30 in the base game, one in Automatron, four in Far Harbor, one in Vault-Tec Workshop and one in Nuka-World. Most are obtained by completing an objective or killing hostiles/residents in the area then opening the workshop.

The Sole Survivor can acquire a variety of radiant quests from miscellaneous settlers. After joining the Minutemen, these quests are also obtained when talking to Preston Garvey or listening to Radio Freedom. These quests involve completing a variety of objectives for the settlers, from wiping out a nearby Raider gang to repairing a damaged generator. Completing these quests is the main way to acquire new settlements, and also provides a constant supply of busywork to earn caps and XP.

Throughout the game, there are unique NPCs that aren't available as followers, yet can be persuaded to join an owned settlement, provided the requirements are met. 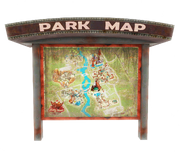 During the Nuka-World add-on, the Sole Survivor has the ability to lead the three raider groups included in the expansion (Operators, Disciples, and the Pack) and capture settlements through violence. These captured settlements are called raider outposts and will be populated by members of the raider group that helped capture it. While they will no longer be referred to as settlements by characters in the game, these outposts are settlements for the purposes of achievements and trophies.

The differences between a Minutemen settlement and a raider outpost are few but significant; for example, one can lead raiders to capture other settlements, extract tribute from Minutemen settlements, and make other settlements your vassal states. In addition, captured and intimidated settlements will pay the Sole Survivor in caps back at their home base in Nuka-World. After Power Play however, whatever raider group was betrayed, and any outpost they control will no longer pay tribute following the quest. This will start Cleaning House, where the Sole Survivor must destroy the enemy outposts. However, one can no longer fast travel to those outposts. Get in there the old-fashioned way and eliminate the raiders.

Take caution when establishing the first raider outpost as this will drop Preston Garvey's affinity to the lowest level, even if he is not present. Therefore, it is advised to move him away from any desired settlements before establishing any raider outposts or become the overboss of Nuka-World prior to becoming the general of the Minutemen.

In order to convert the outposts back into Minutemen settlements, one will need to kill all of the raiders at that outpost. If the raiders go hostile, then the turrets will also go hostile as well. Be warned, that once all the raiders at that outpost are killed, the Sole Survivor will be declared an enemy to the Nuka-World raiders, thus losing control of all outposts and failing any incomplete Nuka-World raider related quests, starting Open Season, the quest where the Sole Survivor must execute the Nuka-World raider gang leaders (Nisha, Mags Black, William Black, and Mason) in order to put an end to slavery to the traders of Nuka-Town.

These stats need to be maintained to sustain or stagnate the growth of a settlement. Each necessity would also act as a dependency on other necessities; i.e. people need water, food, beds, and protection to live and thrive.

Once the Sole Survivor has control of a populated settlement, they will need to defend it from attacks by raiders, super mutants, and other hostiles. Impending attacks will be reported by the Sole Survivor's Pip-Boy, showing up as a miscellaneous objective.

Attacks can either be attended by the player character or unattended. Very different resolution is used for these two distinct cases.

The Sole Survivor can travel to the settlement to deal with the attackers if they so choose. Any friendly NPCs present, including settlers, companions residing at the settlement, as well as (with Automatron) robots, can assist the settlement if attacked, but only if the player character attends the attack in person. An attended settlement defense is resolved using the normal combat system, meaning that turrets, traps and mines can also be involved in the defense. Fighting continues until all attackers are dead. Damage caused to settlement objects during the fighting is also determined by the combat system. Note that friendly fire is just as capable of damaging settlement objects as enemy fire. It is also possible for the player character to inadvertently kill friendly NPCs during the battle.

If the player character does not attend, or does not reach the settlement in time, the unattended attack will be resolved off-screen, with the results being reported as on-screen pop up. Failing to defend the off-screen settlement attack successfully will cause temporary damage to various settlement objects, permanent loss of some inventory items, temporary reduction to settlement workshop values (power, water, food, etc), as well as temporarily reducing happiness. All temporary effects auto-heal over time, though the player character can expedite settlement object repairs in person. Increasing the defense rating of the settlement reduces the chance of an attack occurring, as well as increasing the chance of a successful defense, and moderating the damage in the event of an unsuccessful defense.

Several Minutemen quests also include scripted settlement attacks. These attacks use similar mechanics, but with greater rewards (and sometimes greater consequences for failure).

Damaged settlement objects will no longer perform their functions. For example, a damaged turret will not fire, nor will it contribute to the settlement's defense rating. Damaged crops, purifiers, and pumps will not contribute to food or water supplies. This can result in a significant further reduction in happiness if a settlement is subject to frequent attacks, so building up settlement defenses is crucial to maintaining a happy settlement.

The chance of a settlement being attacked is calculated as follows:

The final attack chance can never go below 2%. The food and water in these formulas also include that stored in the workbench, meaning that the attack chance may increase for settlements with excess production.

Example: If a settlement has 7 food, 6 water, 2 defense, and a population of 5, the attack chance is calculated as follows:

When a settlement attack is triggered (and the quest objective appears) and the player character is away from the targeted settlement, there is a chance it will be able to defend itself without the player character's interference, completing the quest objective. This chance is determined by comparing the defense strength (defense rating + population) + a random number between 1 and 100 and the attack strength ((food + water in the settlement) +/-50%) + a random number between 1 and 100. The defense strength is capped at 100, so it's not useful to have more than (100 - population) defense when not responding to settlement attacks. The amount of food + water and the attack strength is also capped at 100, so the maximum attack strength is 50-100 (100 +/-50% = 50-150, capped at 100). When the random numbers are added to the attack strength and defense strength, the total attack value is capped at 150 but not the defense which can go up to 200. This means that high defense is more likely to win, but even when it's maxed out there is still a fair (30.6%, roughly 1/3) chance to lose to an attack on a "rich" settlement

During a game jam session at Bethesda, programmer Michael Dulany developed a system for building and furnishing player bases, which worked its way into Fallout 4 as the settlement workshop system. It was on the verge of being cut for a long amount of time during development, but remained in the game and became one of its tent-pole features.[1]