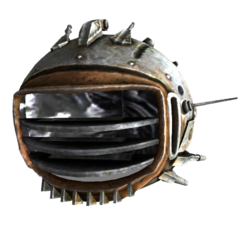 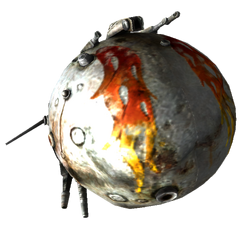 The eyebot helmet is a piece of headwear in Fallout 3.

It is a rare metal helmet made from the shell of an Enclave eyebot, with flames painted on the top.