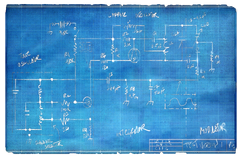 The experimental Pip-Boy schematic is a quest item in the Fallout 76 update Wastelanders.

An experimental schematic for the Pip-Boy 2000 Mark VI which was being developed by a team of Vault-Tec University researchers led by a doctoral candidate named Aaliyah, its development was never finished due to the interruption of the Great War.

Found on the wall in the basement of Aaliyah's house in the northern part of Summersville.

Retrieved from "https://fallout.fandom.com/wiki/Experimental_Pip-Boy_schematic?oldid=3466516"
Community content is available under CC-BY-SA unless otherwise noted.