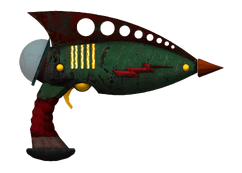 )
“Residents report briefly seeing a column of heavenly light coming out of the sky. Apocalypse predictors haven't been this excited since the war.”— After completion of That Lucky Old Sun, with power routed to ARCHIMEDES II.

Euclid's C-Finder is a unique weapon in Fallout: New Vegas.

Father Elijah was searching for the weapon, stating that someone must have scavenged it and sold it on the Strip.[1] Sarah Weintraub mentions that she had it at one point, but sold it to a man wearing a strange collar.[2] Currently, a child named Max is in possession of it, using it as a toy, chasing another child, Stacey, around Freeside with it.

The C-Finder is a handheld rangefinder linked to an orbiting laser weapon, the ARCHIMEDES II. Firing Euclid's C-Finder will result in a five-second delay and an animated sequence on the weapon's display before the impact. Euclid's C-Finder is not influenced by the player character's Energy Weapons skill.

Pressing the trigger constitutes firing the weapon, which will alert nearby enemies. The weapon can only be used once every 24-hours in-game, and does not work indoors. Euclid's C-Finder can fire a total of about 3995 times from full condition before breaking.

Max, the child who has the weapon 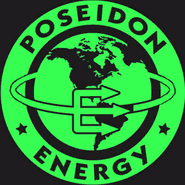 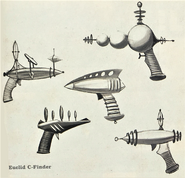