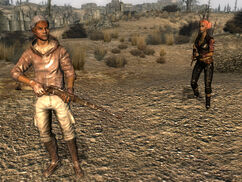 “Yeah, you're probably right. Besides, just as likely you'd wait for us to finish each other off then take it all for yourself.”

Escaped slave refers to wastelanders that have escaped from slavery, now in hiding around the Capital Wasteland in 2277.

Female slave at the fridge with water encounter[edit | edit source]

Male slave at the fridge with water encounter[edit | edit source]

Escaped slaves appear only in Fallout 3. 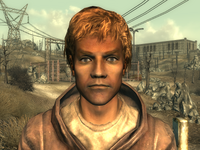 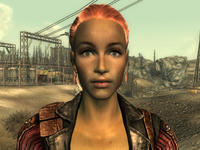 Retrieved from "https://fallout.fandom.com/wiki/Escaped_slave_(character)?oldid=3268698"
Community content is available under CC-BY-SA unless otherwise noted.