Environmental armor is a piece of armor in Fallout Tactics. It was developed for use in heavily contaminated environments, and is prized in the Wasteland for its ability to protect against biological threats.

This armor affords the wearer 60% protection against harmful airborne agents and radiation. A superior version of this armor is environmental armor Mark II.

Knights of the Brotherhood of Steel are sometimes dressed in environmental armor. This protects them against radiation, chemical and bio warfare agents. Of course, it also helps with the brahmin smell. Unlike leather and metal armors, which cannot be used by ghouls, both variations of environmental armor are suitable for ghouls. 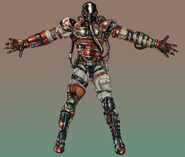 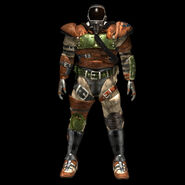 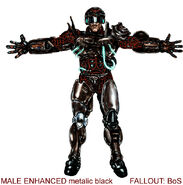 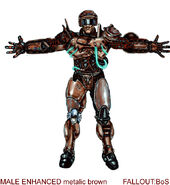