The Waters of Life
The American Dream
Take it Back!
Death From Above
Who Dares Wins
Not of this World

Enclave officers are encountered leading squads of Enclave soldiers through the Capital Wasteland in the year 2277.

Enclave officers are often found commanding a group of Enclave soldiers at the many outposts established throughout the Capital Wasteland. They are highly skilled combatants, but their lack of proper armor leaves them very vulnerable to damage. 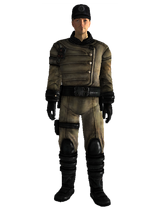 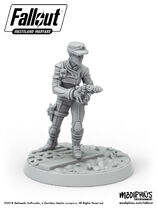