Enclave Squad Sigma is a special operations unit of Enclave soldiers stationed at the mobile base crawler in 2277. They are led by the Enclave Sigma Leader.

Enclave Squad Sigma is an elite military unit employed by the Enclave to complete extremely important or secret missions. Sigma is composed of six veteran Enclave soldiers with experience on multiple combat missions, as well as training in numerous forms of fighting. Their leader is unique among the squad for wearing Hellfire power armor and wielding an incinerator. During the Brotherhood of Steel's assault on Adams Air Force Base, Enclave Squad Sigma was assigned to defend the mobile base crawler.[Non-canon 1]

They are initially stationed in their sleeping quarters above the entrance to the Enclave mobile platform but will proceed downstairs once the alarm is triggered to seek and destroy the Lone Wanderer. If they manage to hide from the soldiers, the squad will retire back to their quarters upstairs, except the leader, who wanders idly around the mobile base crawler area.

Despite being considered special forces, the Sigma members have the exact same equipment, stats, and health as regular Enclave soldiers. 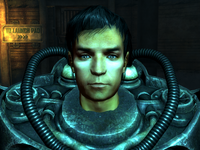 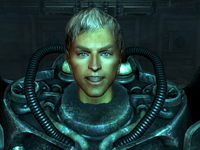 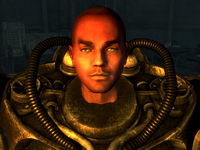 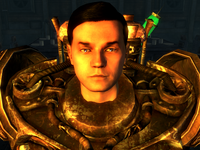 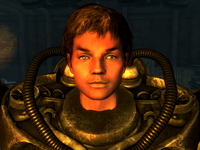