The Enclave main base, also known as Control Station ENCLAVE, Presidential Rig, PR_002, and Poseidon Energy oil rig served as the primary headquarters of the Enclave.[1][2][3][4]

Officially, it was simply a pre-War deep sea drilling platform, built over the world's last accessible underwater oil deposit in the Pacific Ocean, 175 miles off the coast of California[5]

The oil rig was a pre-War deep sea drilling platform, built over the world's last accessible underwater oil deposit[6] in the Pacific Ocean, 175 miles off the coast of California.[7]

The United States won the international race to establish a platform at the location in January 2073, after which the Chinese accused the US of sabotage.[6] The oil deposit was originally thought to be unreachable, due to it being located thousands of feet below the seabed. During the nuclear storm of the Great War, the Enclave's most important members and essential personnel were evacuated to this location.

By March 2077, with the world heading directly for nuclear confrontation, the President of the United States and other members of the Enclave retreated to various fortified areas around the globe. The Poseidon Oil rig in the Pacific was chosen as a secret base from which the USA could continue to exist and wage war on China,[Non-canon 1] with the eventual goal of retaking the continental United States. Some members of the Enclave retreated to remote locations in other parts of the world, but when the bombs hit, they lost all contact with the main group. As the world burned and United States disintegrated, its president and the Enclave, remnants of the pre-War American shadow government,[8][Non-canon 2][9] established themselves as to its continuation, claiming authority over the United States mainland.

In late 2077, not long before the Great War, the oil rig received schematics for X-01 power armor and Vertibirds from the Whitespring Congressional Bunker.[10]

In 2242, the Chosen One traveled there via an oil tanker to save his tribe and the previous inhabitants of Vault 13, as well as to stop the Enclave and President Richardson from releasing FEV Curling-13 into the world's jet streams, killing all humans outside the Enclave worldwide, in preparation for Enclave's colonization. The Chosen One (aided by Marcus and others recruited to his cause)[11] destroyed the oil rig by overloading its primary reactor and causing a megaton-sized thermonuclear explosion.[12] Enclave survivors never learned the truth behind the rig's destruction.[13][14]

The oil rig was, in fact, a disguised, powerful military base with industrial facilities, top notch medical technology, completely self-sufficient and able to provide the Enclave with a power base. Not only was it their main base,[15][16] it was connected to other Enclave, military and corporate facilities via PoseidoNet (it seems the oil rig's PoseidoNet software was a trial version, ending in 2079).[17]

The oil rig was powered by a Vault-Tec uranium-based nuclear reactor. The entire process was automated, thanks to a supercomputer running recently invented synchronized multi-processors on a tri-processor motherboard, which carefully regulated coolant temperature, intake of seawater for cooling, expending hot water and waste from it, as well as regulating the neutron bombardment on the uranium fuel rods. Seawater was pumped from 500 meters depth, used both to move the turbines and cool the core. Radiated water and miscellaneous toxic byproducts of the operation were disposed of off through a waste conduit, terminating one mile south of the rig, causing irreversible ecological damage to coasts of southern California and Mexico. The biggest flaw in the system was that even the slightest disruption in the supercomputer's operations would lead to a 100 kiloton nuclear explosion within two hours, due to an uncontrolled bombardment of the uranium isotopes. The loss of power would also severely cripple the oil rig, as energy intensive systems would shut down (force fields, for example) and watertight doors would close, to prevent any flooding.[12] Additionally, manually retracting the containment rods would trigger the same reaction, with no hope of restoring control, as putting them down to slow down the reaction would overheat the reactor.[22]

As a military base, the oil rig was heavily defended, including external guns to protect against seaborne threats (i.e. everything without a Poseidon IFF transponder).[23] The rig also had a significant transport Vertibird fleet. Internally, apart from Enclave soldiers outfitted with advanced power armor, an extensive network of security turrets (dual .223 caliber miniguns) and sentry robots was present, ready to neutralize any foe. Quite probably, the oil rig was the single most well protected location in the entirety of post-nuclear America.

The oil rig's scientific facilities were outfitted with cutting edge pre-War technology. Equipment present in them included infrared spectrometers and gear for synthesizing compounds - in vast quantities, if need be.[24]

According to Dr. Curling, there were approximately 1,000 inhabitants on the oil rig.[25] All inhabitants tended to be pale, due to the lack of natural sunlight. However, they were of good health.[26]

Citizens wore blue and yellow jumpsuits, identical in design to those of Vault-Tec shelter inhabitants, and carried no weaponry. Members of the science division wore lab coats and carried personal defense weapons (usually a Wattz 1000 laser pistol), while the military (including the Secret Service) used T-51b power armor and M72 Gauss rifles (lower-ranking soldiers) or advanced power armor and various heavy duty weapons. The president and vice-president could be easily identified by their pre-War suits and lack of armaments, but carried what was probably the most important asset on the Oil Rig: the presidential access card, giving him full control over the systems of the drilling platform.

In 2242, the Enclave had expanded its operations to the mainland. Security drills were a regular feature of life on the oil rig.[27] Evening entertainment usually consisted of various safety movies.[28]

The massive structure of the oil rig probably had many facilities for industrial manufacturing, research and development, and Vertibird maintenance. The schematic below shows the area flow. Once the reactor is sabotaged, a special evacuation stairwell opens from the presidential level to the barracks, while access to detention/research and the access corridor is sealed off.

The entrance hall of the rig, lined with powerful auto-turrets that are designed to obliterate everything and everyone foolish enough to attempt an attack on the installation. The main hall's floor is a massive relief with the word Enclave stamped on it, with a small access terminal in the lower left corner. The hall connects via a spiral staircase to the detention/R&D level and the barracks, via a passageway with a waiting room. The final battle with Frank Horrigan is fought here.

Houses the prison cells used to contain the Arroyo villagers and the people from Vault 13. Also contains several small labs and medical facilities, and storage areas. It is located south of the entry hall and connects to the trap room.

Colonel Doctor Charles Curling has his office at the northwestern end. Talking to him gives an opportunity for the Chosen One to convince him that humans on the mainland are part of the same species as the Enclave, potentially triggering a crisis of conscience that leads him to dumping FEV Curling-13 into the ventilation that will kill off all non-protected personnel (i.e. civilians and scientists, except for named characters) within 30 minutes, allowing the player to loot them with impunity. He will inoculate the Chosen One and use an aerosolized inoculation on the imprisoned tribesmen and vault dwellers, so that they aren't affected. Equipment present in them included infrared spectrometers and gear for synthesizing compounds.[24]

The deepest level of the rig, houses the central computer, the rig's power generators, a small barracks and several scientists and citizens to maintain the former two. It is only accessible by a staircase on the presidential level. 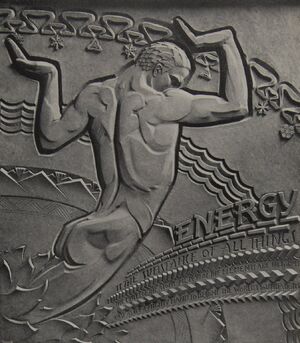 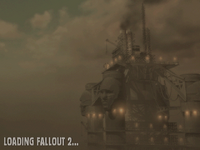 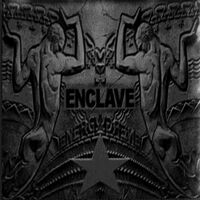