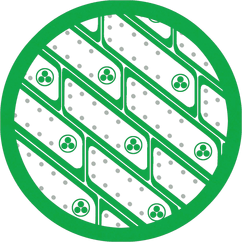 “Uhh... This is Doctor Elliott, with the official report for the Directorate from BioScience. The date is, umm, August 2178. I'm pleased to report that, as has been the case during my tenure, crop yields exceed expectations. In point of fact, everything down here is fine... with... one notable exception. Doctor Frederick has informed me that the Directorate has pre-approved research on samples of the FEV virus

, which he already has in his possession. Now, I'm not one to question the Directorate... you all know that. I don't even want to know where this came from. But... well, this is troubling. Dangerous, possibly. I will do my best to make sure risks are minimized, but I really do hope that the consequences are understood.”— Dr. Elliott - Institute Bioscientist

Dr. Elliott was a scientist that worked in the bioscience division of the Institute on a number of projects, including crop yields.

In August 2178, Elliot was assigned by the Directorate to work on the newly established FEV program, in hopes of creating the first third-generation synths. Despite initial reservations, Elliot agreed to work on the program and spent decades experimenting on captives from the Commonwealth and turning them into super mutants.

Despite this, few results were gained, which Elliot and the rest of the team believed were due to the captives suffering from too much radiation. As a result, in March 2224, Elliot made a new proposal on how to proceed.

Dr. Elliott is mentioned only in Fallout 4.

Retrieved from "https://fallout.fandom.com/wiki/Elliott?oldid=3269088"
Community content is available under CC-BY-SA unless otherwise noted.