Eastern Virgin is a location in Zion Canyon in 2281.

The lower level of the location consists of a destroyed dock along with a few small boats containing a sack near the river. There is also a bighorner hide bed. On top of the ridge, accessible through the upper exit from Angel cave, there are two tents and more bighorner hide beds, along with two Dead Horse occupants, and a campfire surrounded by wooden benches.

When the location is first discovered, with Follows-Chalk as a companion, he will tell you that the tribal paintings on the rocks tell stories of Dead Horse victories.

There are four bear traps beyond the entrance of the Eastern Virgin that have been set up to keep the White Legs out of the Dead Horses camp. 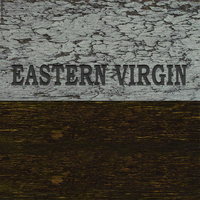