Fallout 3
“One thing I can tell you is stay the hell away from the Dunwich Building to the south, that place is bad mojo.”— Ronald Laren

The Dunwich Building is a ruined office building in the Capital Wasteland in 2277, located at the southwestern most point of the map, south of Girdershade and far west of Tenpenny Tower. It is a medium sized office building with three interior sections.

Before the War, the building was owned by Dunwich Borers LLC, a company that manufactured rock drills for tunneling and drilling. A locked computer terminal midway through the building contains audio transcripts of a company executive. The transcripts record an announcement about the release of a new drill, the sounds of the nuclear bombs exploding and what appears to be the effects of the radiation on unknown persons as they are turned into feral ghouls.

In 2277, it has fallen into ruins. Raiders and scavengers are rarely ready to risk venturing into this structure, and those surviving a look inside are never quite the same again.[1]

The immediate vicinity of the Dunwich Building is a barren area marked by jagged rocky terrain and steep cliffs. Immediately due west, in line with the north face of the building at the base of the cliffs, is a booby-trapped baby carriage accompanied by a dead raider. There is no road leading to the parking lot.

The building is a dark set of interior ruins populated by various types of feral ghouls. A number of audio-logs and computer terminals provide visitors with some background on the building and an unfortunate wastelander named Jaime. Beyond the main entrance separate levels lie below. The deepest level is a cavern with an eerie obelisk - a woman emerges/reaches out from the obelisk; vines entangle the obelisk and skulls run up its back. It is also rather highly irradiated, reaching up to 20 rads at the top. Several feral ghouls appear to worship it, and although similar, it is not connected with the statue in Underworld.

The building is broken up into three parts: the Dunwich Building entrance, the forsaken Dunwich Ruins and the virulent underchambers. The deeper one goes into the Dunwich Building the darker it becomes. One can only access these areas in respective order, but there is a shortcut back to the first room from the virulent underchambers. The shortcut is one way only.

When the player character passes through a certain doorway, early in the forsaken Dunwich Ruins section, they will have a hallucination that flashes back to pre-War times. In it, a man will appear wearing pre-War clothing as if it is just another day in the office. The player character will then come back to reality and see it is a glowing one.

Near the entrance, one will find a set of five audio logs left by an unfortunate visitor named Jaime. As one proceeds further into the building, they can find four additional audio logs documenting his transformation into one of the building's deranged inhabitants. The final audio log found within the building, though mostly rambling by an insane, ghoulified Jaime, mentions the name "Alhazred."

In the virulent underchambers, the player character can actually discover the creator of the increasingly demented audio logs (who has now fully mutated into a ghoul) and a handful of feral ghouls worshiping the obelisk. As Jaime stands facing the obelisk with arms upraised, it appears that he is somehow summoning ghouls out of the mist-shrouded recess in the rock wall opposite. Killing Jaime (who is armed with a Chinese assault rifle) counts as a positive Karma act (if the player character previously chose the Lawbringer perk, Jaime will also drop a finger). The obelisk in the center is irradiated about halfway up, and emits levels of radiation that max out at 20 rads per second. As a side note, once the player character crosses the threshold of the doorway into the cave with the obelisk, an "eerie voice" can be heard if the volume is up high enough (along with the "effects" sound setting). One can only access these chambers via the forsaken ruins.

There is also a log on a terminal made by an unnamed scavenger who wandered into the ruins, hoping to find it abandoned. Upon finding the ghouls, he holed up in the room with the terminal and as paranoia set in, he remembered his friend Billy who was supposedly coming with ammunition and grenades. Using this cheerful optimism he logs off the computer and survives for an unknown period of time. A second set of remains just inside the Dunwich Building entrance, accompanied by an ammunition box and a grenade box, suggest that his friend was ambushed and killed shortly after entering the building.

Main article: Ug-Qualtoth
“A strange altar found in the depths of this building may hold the key to discovering more about this previously unknown entity. Unfortunately, because all investigators into grimoire oddities are currently attempting to sc---- together a day-to-day existence or are dead, further research may never occur.”— Fallout 3 Official Game Guide, on Ug-Qualtoth

If one has the Point Lookout add-on, they can burn the Krivbeknih book in the virulent underchambers obelisk as an optional part of The Dark Heart of Blackhall quest. (One can also burn the Krivbeknih outside of this quest, although there is no apparent effect other than the item being removed from the inventory.)

The Dunwich Building appears in Fallout 3 and is mentioned in its add-on Point Lookout.[2]

Obelisk in cavern below Dunwich 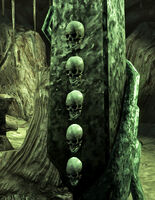 Back of the obelisk 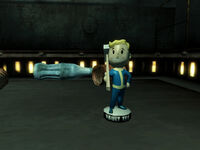 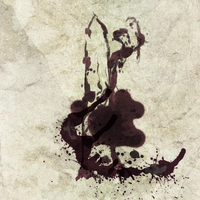 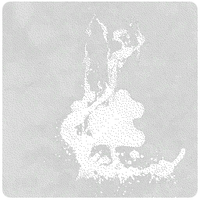