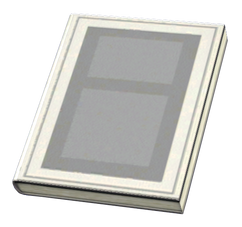 Dorsey's diary is a paper note in the Fallout 76 update The Legendary Run.

The note can be found at ATLAS Observatory, underneath Russell Dorsey's bed, in his tent.

Figured I'd start a journal while I'm out here. Being alone in a place like this, a guy starts talking to himself anyway, so I guess I might as well write some of it down. Something to look back on when this is all finished, maybe.

I was out looking for scrap when I picked up the signal. It was so faint. Just a crackle of static at first, but then a few words came through here and there.

I couldn't understand it until it had repeated a few times. The Brotherhood of Steel was coming back to West Virginia! It seemed impossible, but in between the hissing and pops, those words were real. I don't know what's bringing them back, or why they waited so long to send someone from out west, but as soon as I understood what was happening I packed what I had and came out to ATLAS. This is where they're coming, so this is where I have to be.

I've been thinking about Dad a lot while I've been doing all this. Everything I set up here, I ask myself how he would've done it. I can still picture the house we lived in after the bombs fell, all the repairs he'd made, the extension he added so he could put in the water purifier, the greenhouse...

I think he'd approve of what I'm building here. I wish he could've lived to see it. Not sure I'd have ever come out here if he had, though.

Greg, wherever you are, thanks again.

Greg was this guy I met on the road in Virginia. Old RobCo technician, back before the bombs fell. Used to work on Protectron units, going out to corporate customers and doing on-site maintenance, fixing broken motivators and that kind of thing.

When I met him, he had this Protectron that followed him around. He called it Clanks, and he'd glued a ragged old top hat onto its head. Made it carry his stuff as he traveled.

We were camping one night and he made Clanks do a little "dance" routine, reciting a silly song in that mechanical voice they all have. Worst singing you've ever heard, but it made us laugh.

He explained to me how he'd found the unit in an old shopping center, still running but with busted leg servos, and refurbished it. He opened up Clanks and showed me how you could hotwire their motherboards, activating maintenance circuits to override their command systems.

It's funny. I never thought that would be all that useful. Then I showed up here. It's not easy, luring a Protectron into a position where you can crack open their service panel and do some jury-rigging, but the good news is if you get one it's a lot easier to get more.

This place was a wreck when I got here. Nothing but wrecked vehicles, junk, and insane robots patrolling it all. Barely got away when they first attacked me.

I don't know what they were doing here, back in the day, or why an observatory would have security robots. But I'm glad they did, even if they almost blasted me at first. If they weren't here, none of this would've been possible. Without the 'bots to do so much of the lifting and welding and all the other heavy construction, I'd barely have some sandbags in place here.

Instead, we've cleared out the rubble, started on walls...heck, we've even got a landing pad on the go. I'm not even sure the Brotherhood has any fliers, but I had the space, so why not?

Still not sure what's inside the place, though. I could hear more robots clanking around in there, and when I peeked inside it seemed like a wreck. I just boarded up the exits so whatever's in there stays in there until the Brotherhood shows up. They'll know what to do better than I would, and the outside's enough work as is.

Dorsey's diary is unique in that it uses a model of a pre-War book instead of a paper note, unlike every other note in the game.

Retrieved from "https://fallout.fandom.com/wiki/Dorsey%27s_diary?oldid=3294478"
Community content is available under CC-BY-SA unless otherwise noted.