Vault-Tec Warehouse
Church of the Lost

Docks of Los is the main lair of the Church of the Lost.

It consists of a shipyard, warehouse, holding pens for human captives, and torture chamber which also serves as Blake's religion center. The only non-hostile inhabitant is Salieri, a ghoul merchant. The local "sightseeing" is a chapel with an altar and a large, irradiated Vault Boy promotional statue.

The Docks of Los appear only in Fallout: Brotherhood of Steel. 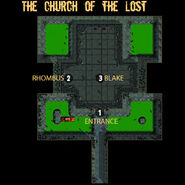 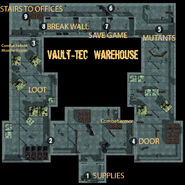 Warehouse basement
Add a photo to this gallery
Retrieved from "https://fallout.fandom.com/wiki/Docks_of_Los?oldid=3461335"
Community content is available under CC-BY-SA unless otherwise noted.