Fallout 4
“Broke up with my girl. She kept the cap off the toothpaste. Know who does that? A synth.”

The Diamond City security force was established to enforce the law and protect the city's residents from local raider gangs, super mutants, Gunners, and other dangers. They are friendly towards the Sole Survivor unless attacked first.

The Diamond City security guards are armed with customized baseball bats and handmade automatic pipe rifles, and are equipped with old pre-War baseball gear as armor.[Non-canon 1]

The Diamond City guards will engage in combat nearby, even if in that zone. The guards will only attack hostiles unless the Sole Survivor aggravates them. They often share insightful commentary on areas, potential quests, and events that have occurred in the Commonwealth. 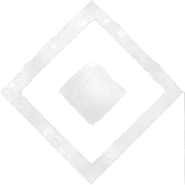