Decker is the true power in the Hub, and little happens there that he is not aware of. He seeks to control the entire water distribution business. He is wary of threats to his position, including the Children of the Cathedral, whose attractive preaching and aggressive expansion endanger his operations. Likewise, he also looks for a way to control the Hub police, whose head, Justin Greene, is less corruptible than his father.

He also presides over the Friendly Lending Company, a loanshark operation managed by Lorenzo Giovanni, which was recently accused by the Hub police of extortion.

Decker appears only in Fallout as a talking head. 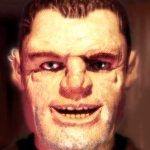 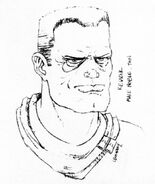