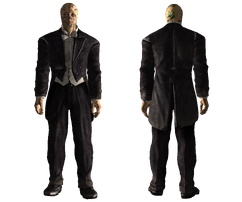 Dean's tuxedo is a piece of clothing in the Fallout: New Vegas add-on Dead Money.

Dean's tuxedo has no Damage Threshold, but provides a bonus of 5 to Speech. It appears as a classic black tuxedo with a few visible tears near the sleeve stitches, and a crooked bow tie. 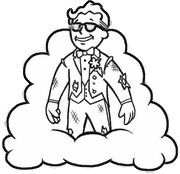