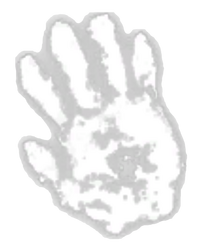 “Hey, those are my emergency supplies! Uh... I-I mean... I know we're in a bad spot here... just, uh, leave me something, all right?”— Dean Domino, when the Courier finds one of his stashes.

The Courier must find all 15 of Dean's secret suitcases.

Stashes typically consist of a main stash container (usually a suitcase), as well as a number of items nearby. These nearby items are specific and will not change. The contents of each stash container are varied, but are composed of the following:

If the player character has Dean Domino as a companion when they open one of his stashes, he will often comment on it, saying it's for emergencies or asking you to "at least leave [him] something!", however, this is purely for flavor, and he will never stop you, nor will the stashes have any effect on the player character's interactions with Dean in the Sierra Madre later. If asked about the stashes, Dean comments that he left them about due to his need to routinely scrounge for supplies, and he left the stashes out in case he was attacked by ghost people and needed emergency assistance.

Stash in the Villa police station

Medical District, to the north

Stash in the Villa clinic

Salida del Sol north, near the 6 of Spades

Salida del Sol north, near the snow globe
Add an image to this gallery
Retrieved from "https://fallout.fandom.com/wiki/Dean%27s_Secret_Stash?oldid=3115673"
Community content is available under CC-BY-SA unless otherwise noted.