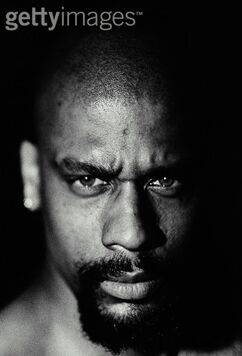 Davis is one of the Denver salvagers in 2253.

Wounded and a little deaf right now, he seems pretty angry about something. He and Garcia found The Box, incurring injuries (minor concussion, some hearing loss) from Bombay Jack's explosives when they tried to crack it open. He wanted to go back and kill BJ and get his claim back. A real jerk-ass asshole. No matter how bad things get, he refuses to leave his claim, looking out for it and ignoring what happens to the others.[1]

Davis was to appear only in Van Buren, the canceled Fallout 3 by Black Isle Studios.

Retrieved from "https://fallout.fandom.com/wiki/Davis_(Van_Buren)?oldid=3176182"
Community content is available under CC-BY-SA unless otherwise noted.