Davie Taylor is a member of the Settlers residing in Foundation.

Davie was born in post-War Pittsburgh to Elsie and Derrick Taylor, the former an enforcer for the raider gangs controlling the ruined city and the latter an enslaved worker. Davie is the child of an unintended pregnancy. Neither of them had enjoyed their situation in the Pitt, and Davie's birth was what spurred them to make a getaway. They succeeded, but always kept on the move, never staying in the same spot for more than a week. Elsie considered that was not the way to rise a child, but all that finally changed when they reached Foundation.[1]

Davie is happy with his life in Foundation, though he longs to meet other kids his age regardless of who they are.[2] He also self-professedly has a somewhat mischievous side, doing things such as chasing Foundation's chickens and sneaking to play outside the town walls.[3][4] Davie is also learning how to hack robots thanks to Penelope Hornwright's teachings.[5] He enjoys reading and when he is disappointed he is almost done with a book series, he becomes entertained by the thought of continuing the story as a writer himself.[6]

If it rains, Davie can be heard excitedly saying, "It's slippy out, yeah!"

Davie Taylor appears only in Fallout 76, introduced in the Wastelanders update. 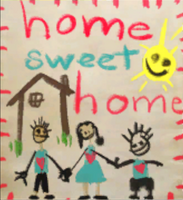