Cornucopia Fresh Groceries was a chain of grocery stores from the pre-War era. Several locations can be found throughout the Capital Wasteland, mostly throughout the D.C. ruins.

Cornucopia Fresh Groceries appears in Fallout 3 and a sign for it appears in Michael Angelo's workshop in Fallout: New Vegas. 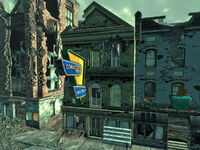 The store at Georgetown West 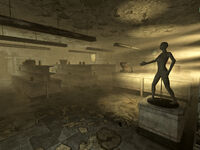 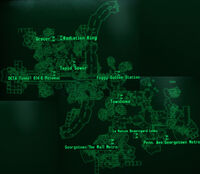 Store located to the outer northwest on the map
Add an image to this gallery
Retrieved from "https://fallout.fandom.com/wiki/Cornucopia_Fresh_Groceries?oldid=3166798"
Community content is available under CC-BY-SA unless otherwise noted.