Increasing accuracy and damage in V.A.T.S. if targeting the same body part

Discard during a fight to change two dice 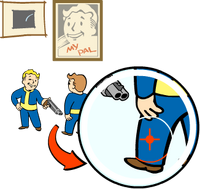 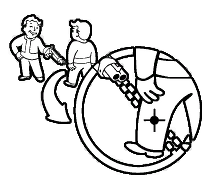 “With Concentrated Fire, your accuracy to hit any body part in V.A.T.S. increases slightly with each subsequent hit on that body part.”— In-game description

Concentrated Fire is a perk in Fallout 3, Fallout: New Vegas, Fallout 4, Fallout 76, and the Fallout: The Board Game expansion Fallout: New California.

“Stay focused! This focus only stops when you run out of Action Points, so bolster APs to further enhance this perk. As you'll know how many APs it takes to fire off the bullets from your weapon, you should surmise that a heavier weapon, or one that fires slower and more damaging projectiles, is more likely to use up your Action Points more quickly and lessen the effectiveness of this perk. So play around with your favourite weapons to see which ones are most effective.”— Fallout 4 Vault Dweller's Survival Guide description

Concentrated Fire is added to the game with the Fallout: New California expansion. While in a fight, the player character can discard the perk card in order to change two of the V.A.T.S. dice to match the third die of their choice.

Loading screen slide
Add a photo to this gallery
Retrieved from "https://fallout.fandom.com/wiki/Concentrated_Fire?oldid=3456772"
Community content is available under CC-BY-SA unless otherwise noted.