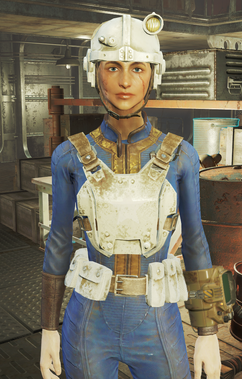 Commando armor is a unique armor set in Fallout 4, only available through Proctor Teagan.

Commando armor is a set of armor consisting of a combat armor helmet and chest piece. Both pieces come with the polymer modification and, due to being legendary, offer 2 more points of Damage Resistance and Energy Resistance when compared to similarly modified combat armor pieces.

The Commando helmet has the same effect as the Legendary "VATS Enhanced" effect, granting a 10% reduction in Action Point cost in V.A.T.S.

Both known pieces are sold by Proctor Teagan on the Prydwen. 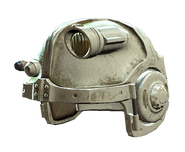