Combat armor is an armor set in Fallout 76.

Combat armor consists of five different pieces, one for each limb, and a torso. They can be worn over clothing with ease and can be modified with standard combat armor mods. All in all, it's a highly modifiable suit of armor that offers a balanced level of protection. Combat armor is available in standard (light), sturdy and heavy versions with each variant offering increased protection at the cost of added weight and increased crafting resources. As with all armor sets in Fallout 76, it can be worn under clothing/outfits and worn over underarmor.

The second mod slot allows several utility improvements, such as additional carry capacity or a lighter build. Mods may be learned from scrapping armor or by acquiring plans. Mods may also be purchased, found in the world or awarded for quests. Combat armor may also be painted.

This item has the following modification slots: Material, Misc.

Combat helmet has only appearance slot. In addition to paints that can be applied to all other armor parts, the helmet can be also modded with material paints. They don't offer any defence bonuses.

Paints can be applied to all armor parts. 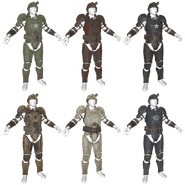 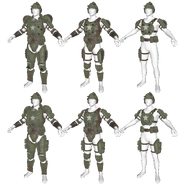 Brawling modification on top, pocketed on bottom. Heavy on the left, light on the right, sturdy in the middle 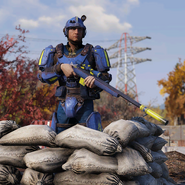 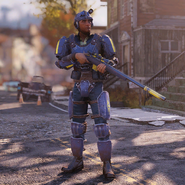 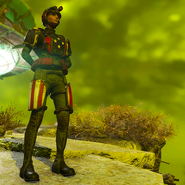 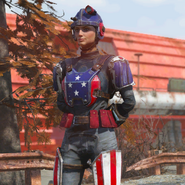 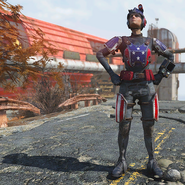 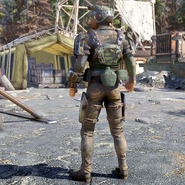 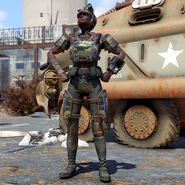 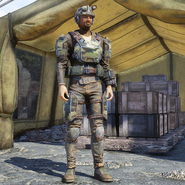 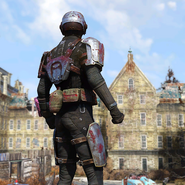 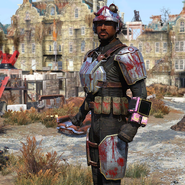