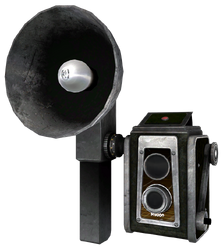 The Codac R9000 was a type of photo camera manufactured before the Great War by the company Codac. It is a quest item in Fallout: New Vegas.

It would produce high-resolution color photographs and was sturdy enough to survive even the Great War, as it was used to photograph the ruined Bakersfield.

The Codac R9000 is a camera used to take pictures of landmarks in Fallout: New Vegas. It behaves similarly to a firearm and causes nearby non-player characters to react as though they had been fired at with a weapon when used despite being harmless.

The Codac R9000 is given by Michael Angelo at the beginning of Classic Inspiration in order to take photographs of various locations throughout the Mojave Wasteland. 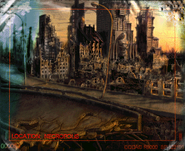 A photograph made with the Codac R9000 camera in Fallout 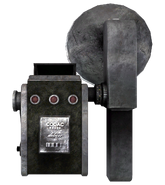