The capsule is still aboard Mothership Zeta in its research lab. Its pilot is also aboard the Mothership, found deceased.[Non-canon 1] 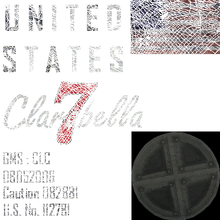