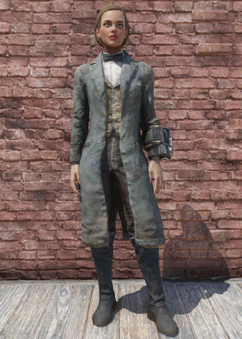 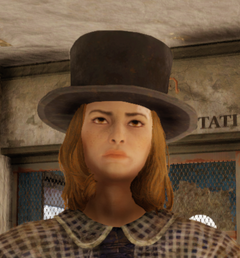 The Civil War era suit is an outfit modeled off of suits that were popular during the American Civil War in the 1860s. It consists of a gray three piece suit, white shirt, black bow tie and black leather calf-length boots, with a matching top hat that can usually be found near the suit.

Outfit with hat, worn by a male
Add a photo to this gallery

Retrieved from "https://fallout.fandom.com/wiki/Civil_War_era_suit?oldid=3461224"
Community content is available under CC-BY-SA unless otherwise noted.