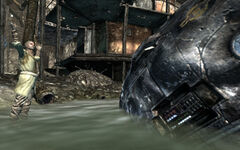 The history of the Children of Atom is tied closely to the history of Megaton. The founders of the religion were part of the refugees that took shelter in the crater shortly after the Great War, worshipping the bomb that lay at its center.[2] As the crater was settled, the zealots aided in building the walls and clearing the wreckage to make way for the future town. The fledgling religion's only condition was that the holy bomb remained undisturbed. As it seemed to be a pile of harmless scrap, the town acquiesced.[3] The Children of Atom became a permanent element of the town and by the mid-2250s, the confessor of the church had enough clout to vouch for newcomers in Megaton. A young wastelander named Cromwell benefited from this and became a fervent adherent of the faith, eventually succeeding the confessor. By 2277, the 44-year-old Confessor Cromwell became an eccentric distraction to most of the citizens,[Non-game 1] with church attendance steadily dwindling.[4]

However, to adherents of the faith, Cromwell was the great prophet of Atom. It is under his auspices that a group of Children of Atom departed from Megaton to the North between late 2260s and early 2270s. Heading towards the Commonwealth and the Island, the expedition eventually split up. One expedition, under Mother Isolde, settled in the Crater of Atom.[5] The second group, led by Confessor Martin and Grand Zealot Tektus, landed in Far Harbor. Initially tolerated by the denizens of the Island, they were driven out when the fog began to encroach on human settlements around the mid-2270s. Anna, the town's doctor, was wounded by the mob that pushed them out of the desolate land.[6] From their exile, they were led by the Mother of the Fog to the Mount Desert Island Naval Facility, an ancient submarine pen, occupied by DiMA.[7][6][8]

After a century of loneliness,[9] DiMA welcomed the company and struck bonds of friendship with Martin. Eventually, he handed the nuclear submarine base to the Children, deciding to establish Acadia around 2276.[10]

The Children grew in strength, thriving in their new habitat. As their numbers increased, they began to send out teams to seek out irradiated goods to return to the Nucleus. On one of these expeditions in 2277, Grand Zealot Tektus saved the life of Lt. Brian Richter, accidentally sealed within a containment bunker. After losing his unit to radiation poisoning, the immune Richter became a fervent adherent of the faith, a zealot.[11] However, the Children's increasing influence was matched by the increasing expansion of the fog. Since 2279, the situation became more and more dramatic for Far Harbormen, eventually resulting in all remaining non-Children humans on the Island herded onto the pier in Far Harbor.[12][13]

This has put the Children on a collision course with the rest of the population on the Island, as they sought to have the radioactive fog blanket every inch of the Island. DiMA and Faraday, on the other hand, wanted to save the people of Far Harbor and provided them with fog condensers to keep the fog at bay. As a result, the situation escalated in 2287, when Brother Andrews braved the fog to preach to the people of Far Harbor and have them accept their fate. He was gunned down by Allen Lee almost immediately, becoming the latest in a long line of casualties. However, as a peaceful missionary, his death infuriated the Children and undermined the already shaky authority of the peaceful Confessor Martin.[14] Although he did his best to contain the rage, his own faith was crumbling.[15]

The final blow came from Sister Gwyneth. Paging through an old scientific text, she discovered what an atom actually was. The revelation, that it is a single speck of matter in a vast emptiness, ruined her faith. Martin did his best to console her, but the revelation shook him to the core.[16][17] One night in 2287, he simply disappeared from the Nucleus, never to be seen again. High Confessor Tektus took his position, with Grand Zealot Richter as his second.[18]

Since then High Confessor Tektus has grown increasingly paranoid, those that don't follow his will blindly are as treated as heretics. To weed out the disloyal, he has instilled loyalty tests.[19]

“Behold! He is coming with the clouds! And every eye shall be blind with his glory! Every ear shall be stricken deaf to hear the thunder of his voice! Let the men, women, and children of the Earth come forth to gather and behold the power of Atom! Let those who dwell here in his favored land attend now to the words of the Prophet of Atom! Come forth and drink the waters of the Glow, for this ancient weapon of war is our salvation, it is the very symbol of Atom's glory! Let it serve as a reminder of the Division that has occurred in the past and the resplendence of the promise of our division in the times to come! Give your bodies to Atom, my friends. Release yourself to his power, feel his Glow, and be Divided. There shall be no tears, no sorrow, no suffering, for in the Division, we shall see our release from the pain and hardships of this world. Yea, your suffering shall exist no longer; it shall be washed away in Atom's Glow, burned from you in the fire of his brilliance. Each of us shall give birth to a billion stars formed from the mass of our wretched and filthy bodies. Each of us shall be mother and father to a trillion civilizations. Each of us shall know peace, shall know an end to pain, and shall know Atom in his glory. I urge you, my friends -- come, drink with me and pray... Glorious Atom, I give unto you these feeble bones. I present to your will this frail body. I beg of you to use me as your vessel, guide me to your brilliance, divide each particle and give relief to this rotten flesh. Cast the fragile form of this ephemeral body into new life in the forge of your Glow. Atom, come -- bestow your presence on your unworthy servant. We stay true, until the Day of Division -- until the dawn of your return to His humble world.”— Confessor Cromwell's sermon, 2277

The religion of the Children of Atom is centered around the eponymous Atom and the idea that within every atomic mass in all of creation exists an entire universe. When that atomic mass is split, that universe divides and becomes two. As such, Atom is a creator deity,[20] creating new worlds through the act of nuclear fission (referred to by the Children as Division). As a result, the Great War is seen and cherished as a divine event that created uncountable new universes in one instant. It represents creation and unification in Atom's Glow: radiation.[21][22] The Children worship Atom by worshiping radiation, his Glow, emphasizing its ability to transform and create something better.[23] Through it, they can achieve the aforementioned Division,[24] as the Glow breaks them apart and they are reborn, releasing all of the worlds within them.[25] While obliteration through nuclear explosions is a preferred means of achieving Division, death of natural causes or irradiation is considered perfectly in line with the Children's teachings.[26] To maintain their devotion and worship, the Children tend to seek out irradiated areas to set up shrines and other centers of worship, which double as staging areas for proselytizing efforts and crusades against the unfaithful.[27] They will also seek out and defend any stockpiles of nuclear weapons, to prevent their disposal or use in a manner not consistent with the tenets of the teachings of Atom.[28][Non-game 2]

The religion emphasizes asceticism and abolition of the self, as the mortal shell is seen as merely the means for creating new life.[29] However, the Children are not pacifists. Territory affected by radiation is considered Atom's holy domain, wreathed in his Glow. The Children are compelled by their religion to protect their path to salvation (Division), through any means necessary.[30] As a result, any attempts to interfere with the spread of radiation are considered blasphemous.[31][32] However, reason does temper the religious zeal somewhat. For instance, anti-radiation medication is accepted, as it seen as a way for those denied radiation immunity (seen as a special kind of Atom's blessing) to serve Atom. In fact, it seen as a form of penitence, scouring oneself to embrace the Glow anew.[33]

Revelation is a crucial aspect of the Children of Atom's beliefs. Atom's revelations are imparted to its faithful through a variety of messengers, with the Mother of the Fog being the most revered, at least among the Nucleus branch. The Mother appears as a female figure, shrouded in black mist and smoke, and heralds the most important events. In fact, it was she whom lead their community after banishment from Far Harbor to the Nucleus.[7] Minor revelations can be delivered to individuals by other messengers, such as a radiant stag.[34] This belief in individual revelation also means that the precise tenets of the Children of Atom are constantly in flux and sufficiently charismatic Confessors can radically alter the course their community takes, from peaceful coexistence to militant expansion and vice-versa.[35]

Religious iconography of the Children is based on scientific diagrams representing atoms.[36]

The Children have a loosely hierarchical structure, centered around spiritual leaders. Called either confessors or mothers, depending on sex,[Non-game 3] they hold absolute authority and can issue commandments at will. The Children of Atom are all sworn to follow them or suffer the consequences.[37] To eliminate dissent, inquisitors of Atom can be designated by the leader at their own discretion.[38]

The militant arm of the Children are known as zealots, sworn to defend the faith and guard its followers and their shrines.[39] Zealots are typically former mercenaries or raiders who converted to the faith and operate under the command of a grand zealot. The grand zealot typically designates a deputy, tasked with ensuring the fitness of other zealots.[40]

Many Children exhibit congenital immunity to radiation, but the faith accepts all converts as long as their faith is true.[41] Potential converts are typically inducted by drinking irradiated water,[42] provided by the confessor or, in the case of Mount Desert Island, by drinking from Atom's Spring and experiencing a vision. Naturally, this weeds out the weak and infirm, as well as identifying immune persons who are fit to take on more dangerous tasks in service of Atom.[43]

The Children of Atom attach little importance to worldly possessions and so they care little for the quality of their equipment. They tend to dress in rags decorated with electrical wiring and salvaged metal items representing the atom's nucleus. For protection, they employ cobbled-together pipe guns or makeshift Gamma guns, relying on the strength of their faith and intensity of local radiation for protection.[44] Some communities do employ more advanced technologies, for example, the Mount Desert Island sect under Confessors Martin and Tektus has access to old Marine armor suits and ancient rifles, which were co-opted as zealot-pattern armor and radium rifles respectively.[45]

The Children under Mother Isolde also possess a reprogrammed assaultron called Atom's Wrath, serving as a guardian of the Sentinel site. This indicates the group has some knowledge of robotics.

The Church of the Children of Atom appears in Fallout 3, as well as Fallout 4 and its add-on Far Harbor. 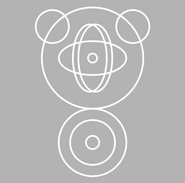 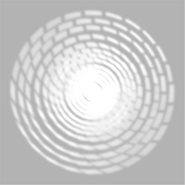 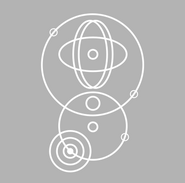 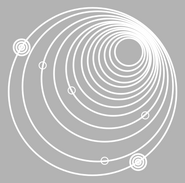