Christopher Frederic Avellone (born September 27, 1972) is a video game designer who has worked on Fallout 2, Van Buren (the canceled Fallout 3 by Black Isle Studios), and Fallout: New Vegas. He has also compiled the Fallout Bible.

Avellone is a descendant of Sicilian immigrants. After receiving his high school diploma at the renowned Thomas Jefferson High School for Science and Technology, he attended the College of William & Mary in Virginia (with Todd Howard) and completed with a Bachelors in English. During that time, he wrote short stories and scripts for role-playing games, some of which were published in the Dungeons & Dragons magazine Dragon.

Steve Peterson, one of the founders of Hero Games, provided Avellone an interview with Interplay, a large game publisher at the time. His knowledge of role-playing games and his ideas impressed Interplay, and he was offered a position as a game designer. Around 1995 or 1996, Avellone moved to Orange County, where Interplay was located.

Although he was offered the opportunity to work on Fallout, he instead worked on Descent to Undermountain, a decision he later came to regret.[1]

Avellone got involved with the Fallout series when production was started at Black Isle Studios on Fallout 2. While many feel that his "feel" for the Fallout canon was lacking, the design of New Reno has been praised by just as many and Chris says that other areas (such as the raiders area) were perhaps lesser developed due to the extra emphasis he placed on this area;[2] Following the completion of New Reno, he helped complete Vault City and worked on the special encounters as well[3] While he enjoyed his work on the game he felt that a lot of mistakes were made during development including the lack of overall control over a united feel, mistakes that would go on to become the basis of his game design philosophy.[4]

Later, he became the lead designer of a project codenamed Van Buren, which was canceled in 2003 and revealed to have been Black Isle's attempt at developing Fallout 3. He wrote the Tibbets Prison design document.

Aside from Fallout games, Avellone was also the lead designer of Planescape: Torment.

After leaving Black Isle Studios, Avellone, together with Feargus Urquhart, founded Obsidian Entertainment. At Obsidian, Avellone has worked on such titles as, Neverwinter Nights 2 and its expansion, Mask of the Betrayer, and was lead designer on Star Wars: Knights of the Old Republic II and Alpha Protocol. He also wrote All Roads, a prequel to Fallout: New Vegas, and has also written a few Star Wars comics such as "Unseen, Unheard" for the Star Wars Tales series of comics and a few issues of Star Wars: Clone Wars Adventures comic series, such as "Heroes on Both Sides" and "Impregnable," all of which have been published by Dark Horse Comics. He was a writer on Fallout: New Vegas and lead designer on New Vegas add-ons. He also co-wrote the lyrics for the song "Begin Again" featured in Dead Money add-on.

Avellone announced on his Twitter account on June 9, 2015, that he had left Obsidian Entertainment[5] in order to use his talents as a freelancer[6] working on titles such as a reboot of Prey[7] and System Shock.[8]

Chris has been referenced directly in many Fallout games. In Fallout players can encounter a mercenary who bears his name, and in Fallout 2, when fighting alongside Marcus, he will yell out "Chris Avellone loves you!!" before attacking. Avellone is also referenced in Fallout Tactics through both an off screen location and as the Mayor of Springfield.

When asked about the Fallout Tactics dialogue, Chris Avellone stated that if he had realized the character was being included he likely would have asked that it be removed due to it breaking the fourth wall.[9]

“The biggest lesson [learned from Fallout 2] was if you give the player the ability to create a certain type of character, make sure that you honour the player's character build. What I mean by that is if you give a character to option to dump 500 points into speech, make sure they have an experience thats very cool and is appropriate for a speech based character. The same thing is true if you're a stupid combat monster, if you're a sneaky thief who no one ever sees... If you're allowing the players to build a character like that with the rule set, then make sure your content supports that experience.”— Chris Avellone, Extrasode episode 61 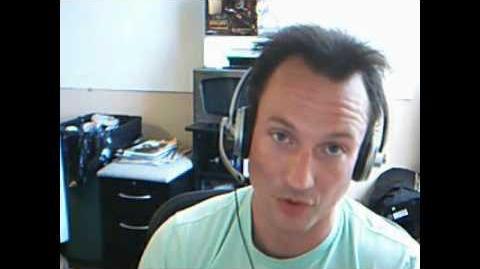 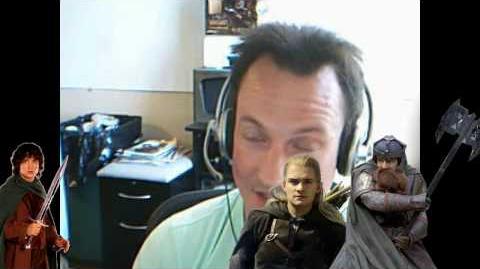 Chris Avellone at the Alamo
Add an image to this gallery

Retrieved from "https://fallout.fandom.com/wiki/Chris_Avellone?oldid=3005450"
Community content is available under CC-BY-SA unless otherwise noted.