You get double the quantity when you craft chems 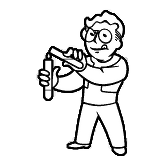 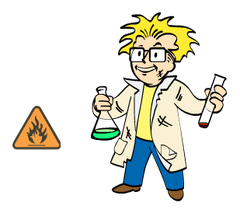 “With the Chemist perk, any chems you take last twice as long.”— In-game description

Chemist is a perk in Fallout 3, Fallout: New Vegas, Fallout 4, and Fallout 76.

This perk doubles the active time for chems.

The following items will work with this perk.

In addition to the Chemist perk affecting the duration of chems, ranks in Chemist are needed to unlock some recipes at the chemistry station usable in settlements.

* 3rd and 4th ranks require 5 Intelligence as opposed to 7 due to a bug.

Chemist only possesses a single rank, making it the most perk efficient crafting skill in Fallout 76. It no longer extends duration, that perk is instead called Chem Fiend.

Increases the yield when crafting the following consumables:

¹ Increases the yield of all crafting recipe variants.
² Yields 4 units instead of the normal quantity of 2.

Loading screen slide from Fallout 4
Add a photo to this gallery
Retrieved from "https://fallout.fandom.com/wiki/Chemist?oldid=3428742"
Community content is available under CC-BY-SA unless otherwise noted.
... more about "Chemist"
RDF feed
Has platform
PC +