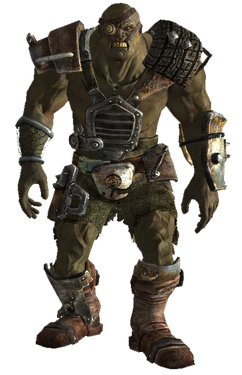 Chauncey was to be a super mutant Ranger stationed at Ranger Station Foxtrot, but was cut from the game prior to release.[1]

Ranger Chauncey appears in early versions of Fallout: New Vegas, but was cut from the final product at some point prior to release.[2]

Retrieved from "https://fallout.fandom.com/wiki/Chauncey_(NCR_Rangers)?oldid=3470963"
Community content is available under CC-BY-SA unless otherwise noted.