Cazadores[1][Non-canon 1] are mutated insects found in the Mojave Wasteland, Big MT, and Zion Canyon in 2281.

Mutated and enlarged in the laboratories of Big MT, cazadores are the offshoot of DNA experiments, performed by Dr. Borous in 2003. Formerly, cazadores were confined to the Z-14 Pepsinae DNA splicing lab in Big MT, but groups of cazadores had escaped the Big MT crater and moved to neighboring areas, such as the Mojave Wasteland and Zion Canyon, in recent years. Doctor Borous denies that they have escaped from Big MT or have the ability to breed, which is shown to be false.[2]

Cazadores have a quick and erratic flight pattern. They are most often encountered in swarms of four or more, with the occasional strays flying in the outlying area. Their venomous attacks can lead to a quick death if they succeed in poisoning their target. The spikes on their back rise and fall, both when idle and when attacking.

Cazadores are more common in mountainous regions of the Mojave Wasteland, although some swarms can be found near lakes in lower areas. They create large basket-shaped nests, many of which can be seen at places such as Bonnie Springs, cazador nest, west of the Brewer's beer bootlegging, the road heading towards Jacobstown, north of Goodsprings, inside various tents in the tribal village and the boathouse at Callville Bay. The cazadores' original breeding ground is the Z-14 Pepsinae DNA splicing lab in Big MT. They compete with night stalkers for prey.[3]

A sting will do more physical damage than a giant radscorpion and cause three times more poison damage over a longer time. Crippling a wing via V.A.T.S. greatly slows them down and also temporarily disables their ability to fly. However, they will continue to sputter towards their enemy at a fast rate. Crippling their antennae will frenzy them. They do not take extra damage from shots to the head.

They are common in mountainous regions in the Mojave Desert and move in groups of two to five.

Young cazadores are often found near other cazadores in mountainous regions. They are identical in appearance to adults but smaller and their poison is weaker.

The only one of its kind, the legendary cazador has twice as many Hit Points and significantly more attack power than a normal adult cazador. The legendary cazador is one of the five legendary creatures found in the Mojave Wasteland. It is encountered at the end of the cazador-infested Silver Peak Mine. Sometimes it will show up after the player clears out all the other cazadores or after reaching the second floor of the cave. It spawns from an overhead tunnel on the second floor.

Giant cazadores are encountered all over Zion Canyon as part of the Honest Hearts add-on. They are one of the most vicious creatures in the add-on, and can be found in various locations outside of Eastern Virgin and the Sorrows camp. They are usually found in groups of two or three. They are much larger than a normal cazador.

This unique cazador is found in the Z-14 Pepsinae DNA splicing lab guarding a variety of loot, including the Auto-Doc Upgrade: Implant M-5 behind the double doors at the end of the corridor. It is a stronger and more powerful version of a regular cazador and has even more Hit Points than the legendary cazador, and is also faster. 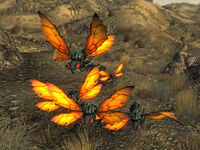 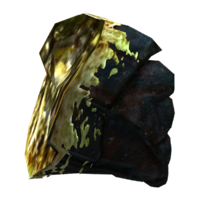 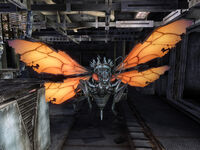 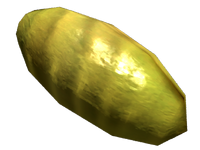 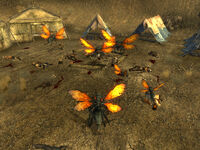 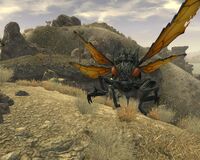 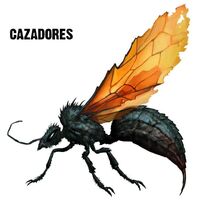 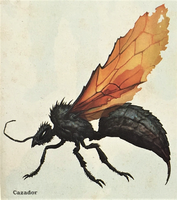