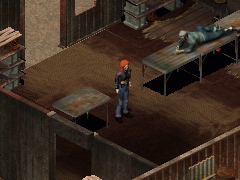 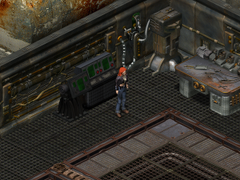 “No, I can't leave my Pa. He raised me by himself when slavers stole my Ma, when I was a just a baby. He's too sick to look after himself. I wish I knew something about fixing people. Cars are much easier. You just have to find the problem and swap the parts!”

Casey Barrett is a mechanic from Junction City in 2197.

Casey's services were needed by the Brotherhood of Steel, after their own lead mechanic, Cooter, died in an accident. She had some sort of a relationship with Angry Rick. When she is found by the Warrior, she agrees to join the Brotherhood only if her father, Stephen Barrett, will be healed. He is very important to her. He raised her all by himself since she was a baby after her mother was stolen by raiders. Later, she can be found in Bunker Delta, being very happy to do her new job and even planning to become an initiate.

Retrieved from "https://fallout.fandom.com/wiki/Casey_Barrett?oldid=3206286"
Community content is available under CC-BY-SA unless otherwise noted.